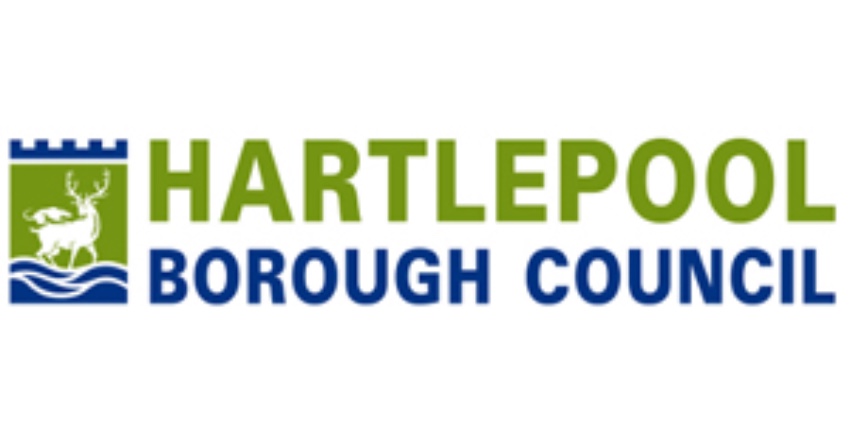 Councillors have unanimously backed proposals from a group of Hartlepool hackney carriage drivers to increase taxi fares to help ensure they can make a decent living.

According to the Hartlepool Mail, the rise will see the cost of an average two-mile journey in town rise by 60p during the day and £1.40 on a night.

Hartlepool Borough Council’s licensing committee has unanimously approved the increase, ruling the rise is key to ensure drivers can make a reasonable living.

According to taxi trade publications, Hartlepool’s new hackney carriage tariff, at £5.40 for a two-mile journey during the day, will still be among the cheapest in the country, with more than 200 council areas charging £6 or more.

The proposed increase was backed by the Taxi Owners Working Group, a group of 10 hackney carriage owners, elected by the trade, including the Blueline company, which own around 30 vehicles.

All 86 hackney carriage owners were consulted with nine in favour, 27 against and the rest making no comment.

A public notice will now be issued informing residents of the rise. If any objections are received within 14 days of publication then the issue will be referred back to the committee.

STATION TAXIS OF MALTON JOIN THE TAKE ME GROUP LTD 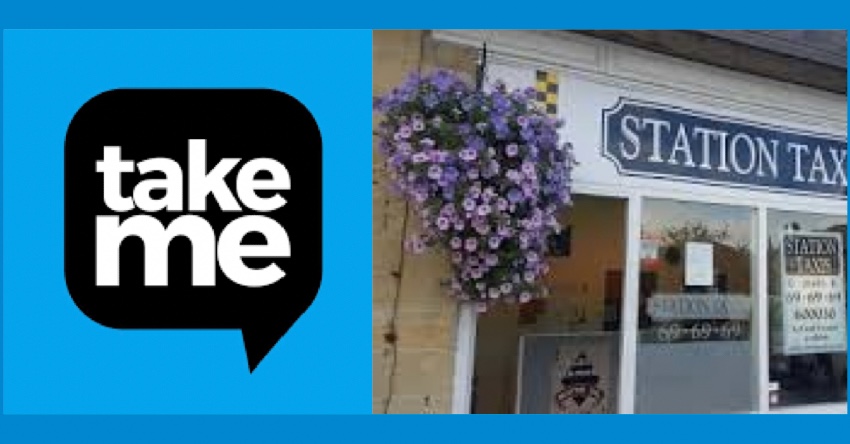 2022 has only just begun and ambitious taxi operator Take Me has added another company to its growing portfolio, with the addition of Station Taxis who operate around the Ryedale areas and have a head office in Malton, North Yorkshire.

Lisa Ridsdale is delighted that her business is now part of the Take Me Group, and can utilize the power of the network, she tells us “Station Taxis is a family run business established in 1991, since when we have grown to be the largest taxi service in the Ryedale area.

Based at our own workshops in Norton with a second office at Malton Station and now operating in the Pickering area, we operate a fleet of vehicles to suit all requirements, comprising of 15 cars, 5 MPV’s and 5 minibuses, with capacity from 4 seats up to 16 passengers! “

Take Me managing director David Hunter said “The Company have more acquisitions in the pipeline to be announced in the near future and 2022 is shaping up to be just as busy as last year, following the additions already last year to the group including of ADT Taxis, Steve’s Taxis, VGT Taxis, Westside Taxis, Intercity Private Hire, Tower Cabs, TC Cars and TAXIFIRST”

We asked Lisa what had drawn her to joining the Take Me Group, and she said “We have been running a successful business here in Malton and surrounding areas for years, but we know that being part of a network of businesses just like mine, will ensure that we can utilize the latest systems, technology and marketing giving us a new edge in 2022.

I am also looking forward to being part of a network of Taxi owners, where I can seek advice as well as share my own best practises with other companies in different locations.”

Lisa concluded “Together, we are stronger, and ready to take on the challenges of operating a taxi fleet in the modern age. Ultimately my main aim is always to deliver our customers the best service that we can, and I know being part of the Take Me Group will help ensure I do this for them.”

Take Me MD David Hunter concluded “It is exciting times at Take Me as we keep expanding and adding brilliant local businesses to our network fleet.

WOMAN CHARGED $10,000 FOR ONE MILE RIDE IN SAN FRANCISCO 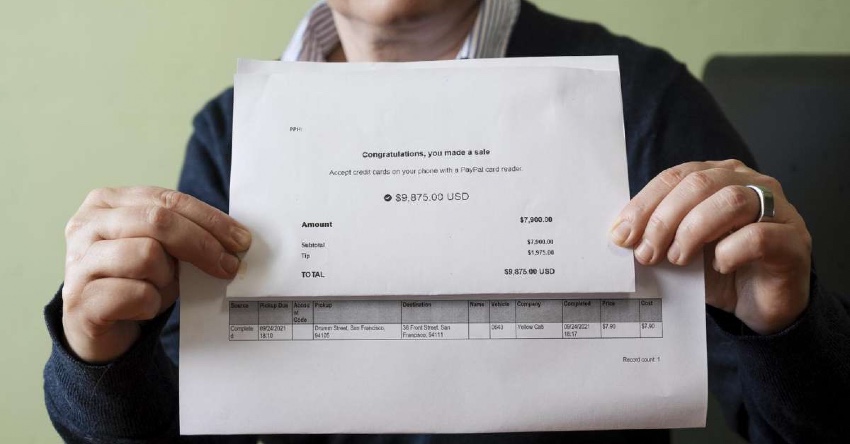 According to the San Francisco Chronicle, Bekker paid via credit card using the driver’s PayPal terminal after the cab’s built-in device couldn’t read her card.

A few days later, her credit card bill arrived. She was astounded to see that she’d been charged a whopping $9,875 for that short trip - 1,000 times more than it actually cost.

It seemed like an obvious mistake: that the driver must have entered extra digits, either accidentally or deliberately.

She called Bank of America, her credit card issuer, to report fraud. Eventually the bank said it wasn’t fraud since she had proffered her credit card herself, and she must file a billing dispute, which she did.

“After reviewing the documentation, we found that the amount you were billed was calculated correctly,” the bank said in a letter reviewed by The Chronicle.

In other words, she was on the hook for $9,875. She called the bank many times, often while crying. Agents told Bekker that the merchant (meaning the cab driver) said the transaction was legitimate and had a receipt signed by her, although it didn’t match the signature on her driver’s licence.

She launched her own inquiries, spending hours on the phone. “I do not believe that the onus to investigate should be on me,” she said.

She accumulated lots of documents. Yellow Cab combed its computer system and found a record that it had been a $7.90 ride. Her Google timeline showed she’d only been in the car for 11 minutes.

The San Francisco Municipal Transportation Agency, which oversees taxis in the city, said it was clearly an overcharge and contacted the driver, to no avail.

PayPal told her its only role was to provide the card reader and her credit-card issuer took precedence in handling the case.

“It seems like everyone except BofA saw that I was overcharged,” she said. “Still, the only entity that can do anything is BofA, and they keep telling me that the merchant told them it was a correct charge.”

Jack Gillis, executive director of the Consumer Federation of America, said Bekker was caught between a rock and a hard place. “She did everything right - and still lost,” he said.

“It’s very bizarre that the credit card company would dig in its feet on this, especially when logic indicates it is an erroneous charge. Unfortunately she has very little recourse. If she fails to pay, then her credit rating will go down and she’ll get into credit problems.”

To prevent overcharges, San Francisco cabs come with a built-in payment terminal that is linked to the meter. However, the SFMTA allows drivers to use their own point-of-sale devices as well, because sometimes they can get better rates on payment processing fees.

Bekker says she thinks the city should end that policy. “Obviously, it’s a horrible situation for (Bekker) and we feel for her,” said Chris Sweis, CEO of Yellow Cab. In his four years running the company, “it’s the first time something this egregious has happened,” he said.

Besides digging up the receipt, he called Bank of America on Bekker’s behalf. The driver, whom The Chronicle is not naming because he has not been charged with a crime, “was uncooperative” when Yellow Cab asked him to refund the money, Sweis said.

The driver sent a brief reply to an email from The Chronicle claiming that the issue had been resolved in December. Taxi drivers are independent contractors, not employees.

The driver had leased a cab and medallion from Yellow Cab for $600 a week for about three months and stopped driving about a week after Bekker’s ride, Sweis said.

Like all cab drivers in San Francisco, the driver had a permit that the city issued after a criminal background check was performed. “This situation should never have happened,” SFMTA spokesperson Erica Kato said in an email.

After The Chronicle contacted Bank of America, it reached out to Bekker and said it had decided not to charge her the money after all. A bank representative told Bekker and The Chronicle that it had already been reviewing the issue.

Bekker is dubious that it would have acted without media intervention, noting that she’d already spent more than three months calling, emailing, faxing, mailing and tweeting to the bank.

Bank of America did not respond to questions about why it didn’t flag the unusually large purchase as suspected fraud in the first place. 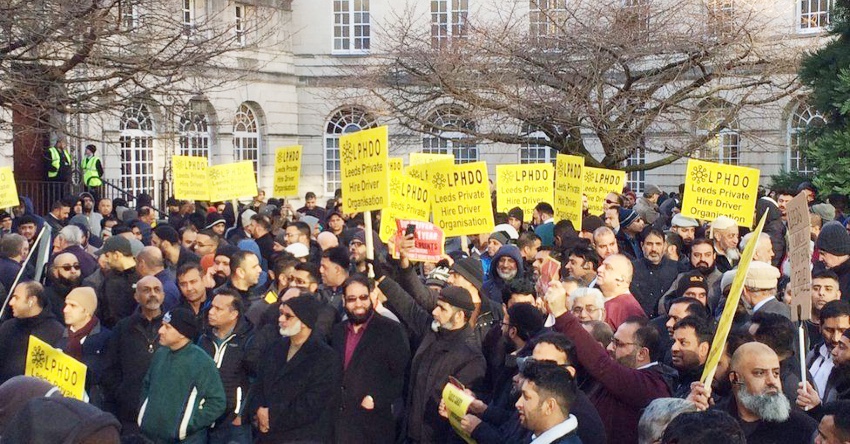 Hundreds of taxi and private hire drivers in Leeds have gone on strike today (Monday 17 January) over plans to revoke their licences if they get six or more penalty points in a year.

BBC News reports that industrial action by Leeds Private Hire Drivers Organisation began at 06:00 and is due to run until 06:00 on Tuesday.

Drivers argue the policy, due to start next month, is "too draconian".

Leeds City Council, which currently suspends or revokes a licence if a driver accrues 12 or more points, says the change will "improve safety".

Under new policy a driver who receives six or more points in a year will be suspended for three years.

Zahid Mahmood from the Leeds Private Hire Drivers Organisation (LHPDO) said the plans would "make it very, very hard to get a licence in the first place".

"They're already 700 drivers short in Leeds at the moment," he said.

"With this policy coming in you're going to have more and more drivers being suspended, so when demand increases and life goes back to normal the demand will be there but there won't be any private hire drives left, or even hackney drivers, if this policy continues."

Leeds City Council deputy leader and executive member for resources, Councillor Debra Coupar, said it was working on measures to minimise the disruption caused by the strike "especially for vulnerable adults and children as much as we can".

"We would ask the LPHDO to reconsider their planned action, and continue their dialogue with us over the proposed accumulation of minor motoring convictions criterion of the suitability policy in order to achieve a positive outcome for all parties," she added.

The 24-hour strike comes after drivers demonstrated outside Leeds Civic Hall on Sunday. 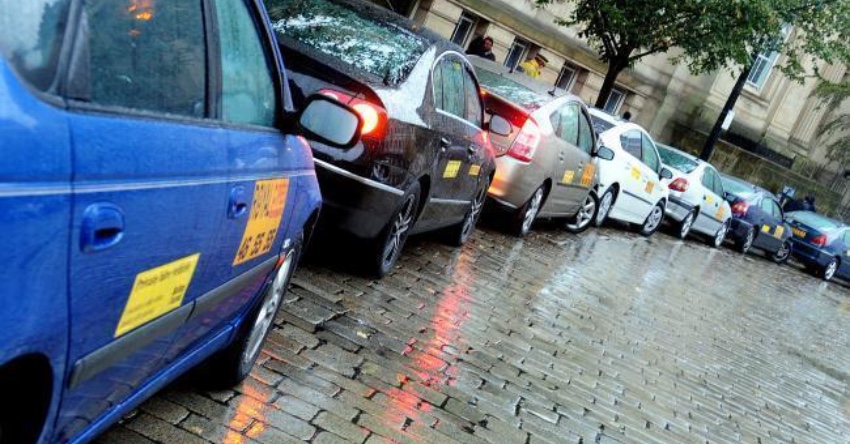 Plans to introduce Greater Manchester wide liveries for taxis and PHVs, that were originally meant to be common colours, could make drivers "bigger targets" for attackers.

The Bolton News reports that the plans would at first have seen all taxis across the city region painted in a common colour, similar to the famous yellow cabs found in New York City

But drivers have objected to the proposal, which has since been watered down to just including Greater Manchester Combined Authority logos, saying it could make them bigger targets for attackers and vandals.

A statement by Bolton Private Hire Association said: "100 per cent of local licensed drivers objected to the new livery proposals and would like for the removal of any existing mandatory livery.

"Numerous examples were cited and in one particular case, a vehicle owner was targeted by youths by stones and eggs with passengers in the vehicle, causing severe alarm and distress at the time.

"Both the commercial vans were larger company owned vehicles and could be regarded as bigger targets however it seems that this is a national problem which the industry is blighted with."

A council cabinet vote on the proposal had now been delayed until February 7.

Opponents say they are glad the common colour plans have been dropped but that they are still concerned about city region wide branding.

Bolton Labour group leader Cllr Nick Peel said: "What we oppose is a common Greater Manchester livery but I think its important that the Bolton Council logo remains."

He added: "It's very important that the general public understands what is a private hire vehicle and what isn't."

The plans have been put forward by Greater Manchester Combined Authority but need the agreement of the city region's borough councils.

Bolton Council leader Cllr Martyn Cox said: "Taxi drivers have had it hard over the last few years and they're a hard working bunch of people."

He added: "Ultimately we're trying to work with the taxi trade rather than force these issues on them."