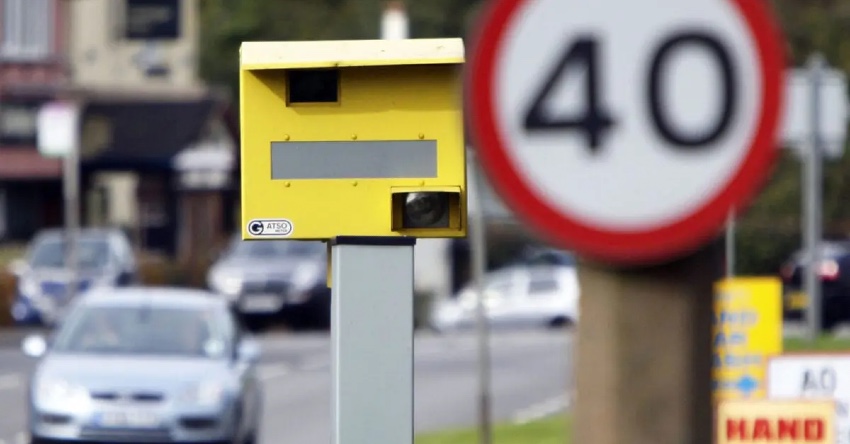 An Aldershot driver has had his private hire licence revoked for multiple speeding offences.

HampshireLive reports that Narciso Carnay previously operated under a private hire licence in Rushmoor, but had it revoked after getting two more speeding fines after previously serving a driving ban for the same offence.

He had been licensed to drive a private hire vehicle for nearly ten years, but had been previously disqualified from driving for six months in 2017 after getting 12 points for speeding.

Carnay's licence was suspended and he was required to complete a speed awareness course, an advanced driving course and a taxi-specific NVQ before it was reinstated in April 2018.

Since the reinstatement of his licence, Carnay had received a further six points for speeding, three of which were received within less than a month of the reinstatement and only came to light when he notified the council of his second endorsement.

The 50-year-old, from Aldershot, appealed against a decision by Rushmoor Borough Council to revoke his licence in April 2020. At a hearing at Basingstoke Magistrates' Court on July 20, magistrates upheld the decision and also told Carnay to pay the council's costs of £2790.82.

The council's cabinet member for operational services, councillor Maurice Sheehan, said: "We have a duty to ensure that the private hire drivers we license drive carefully and the public feel safe when they are being transported.

"This driver had already been banned previously for speeding offences, and so we had no option but to revoke his licence when he broke the law again. We had to oppose this appeal and were therefore glad when magistrates backed our decision." 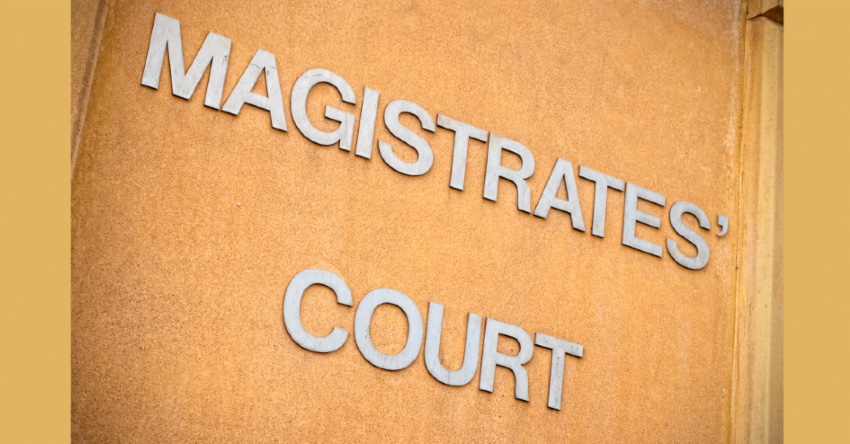 A private hire driver was fined after picking up a fare that wasn't pre-booked in a police and council undercover operation.

They asked to be taken to a hotel - but in reality were plain-clothes officers taking part in the City of Wolverhampton Council and West Midlands sting.

Officers from City of Wolverhampton Council interviewed Rafiq who initially denied any wrongdoing.

Rafiq, 46, from Wolverhampton, pleaded guilty to both offences when he appeared at Wolverhampton Magistrates court earlier this month. He also received eight penalty points on his licence.

Cllr Philip Page, chairman of the council’s regulatory committee, said: “I am glad that our officers, working in partnership with the police, were able to take action against a driver flouting the law.”

The matter has now been reported to Shropshire Council which currently licenses Mr Rafiq.

“We will take action against all taxi drivers who put the people of Wolverhampton at risk by driving without valid insurance, regardless of which local authority they hold a licence with,” Cllr Page added. 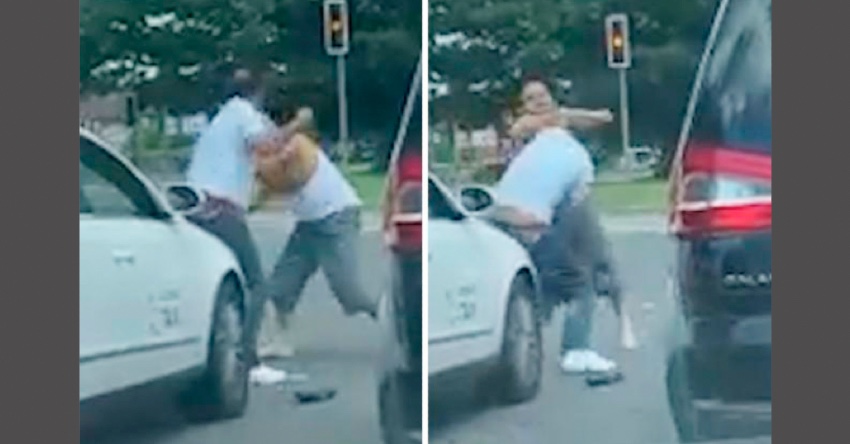 A mayor is facing calls to resign after footage emerged of two taxi drivers brawling in the street.

The Argus reports that Crawley's Conservative group has called for the No Confidence vote in Labour Mayor Shahzad Abbas Malik after the clip was widely circulated on social media.

Police were called to Tushmore roundabout in Crawley at about 2.30pm on Monday after an argument turned into a fight.

Footage of the brawl shows two men exchanging blows in the middle of the road.

People on social media as well as national news websites claim one of the men is Mayor Abbas Malik.

The Argus spoke to Mayor Abbas Malik who would neither confirm nor deny he was one of the men involved in the fight.

"I can't comment while there's a police investigation," he said.

"Once that has concluded, all relevant parties will issue a statement."

Crawley councillor Duncan Crow also claims Mayor Abbas Malik is one of the men in the video. The Conservative Group leader is spearheading calls for him to resign.

"That behaviour is totally incompatible with being the Mayor of Crawley," he added.

Cllr Crow has put forward a Notice of Motion to be heard at an Extraordinary Full Council meeting.

The proposal, emailed to council officials by Cllr Crow and seconded by Cllr Kevan McCarthy, reads: “This council expresses no confidence in the mayor and seeks his immediate resignation.”

A Sussex Police spokesman said: "We received reports of a fight between two men at the Tushmore roundabout in Crawley on Monday 19 July at about 2.30pm.

"Following an argument an altercation ensued in which one of the men suffered injuries to his arms and head and briefly lost consciousness.

"Both men then left the scene in their vehicles.

"Police are aware of footage of the incident being shared on social media and ask the public to refrain from speculating on the identities of those involved while officers conduct their enquiries.

"Anyone who witnessed the altercation, has dash-cam footage or any information which could help can report it online or by calling 101, quoting reference 1094 of 19/07." 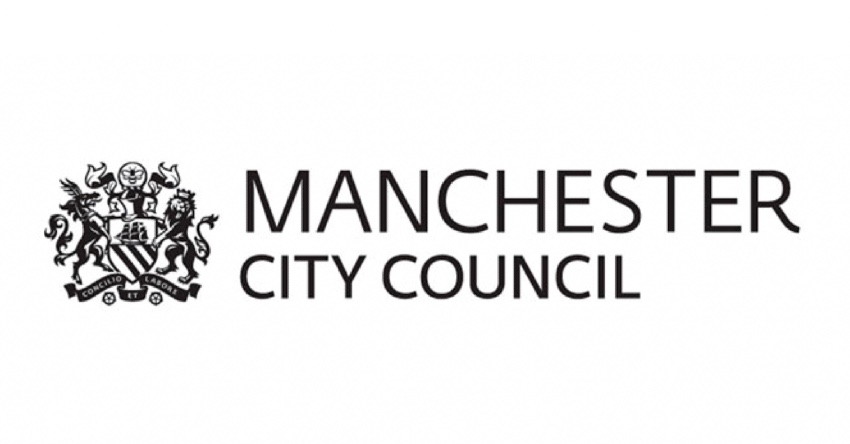 Major plans to introduce the UK’s largest CAZ in Greater Manchester and map out thousands of new homes in the region have been backed by Manchester councillors.

The Manchester Evening News reports that town halls have been asked to support the Clean Air Plan and Places for Everyone, the jobs and housing masterplan which could succeed the ill-fated spatial framework.

The Clean Air Plan would see drivers of heavily-polluting vehicles hit with a daily charge from May 30, 2022 including taxis and private hire vehicles not licensed in Greater Manchester paying £7.50 a day to drive within the CAZ.

Hackney carriages and private hire vehicles which are licensed locally will be exempt from paying the fees until June 2023.

Businesses and individuals will be able to apply to a £150m government fund to retrofit or replace their vehicles in order to reach compliance.

Manchester council’s executive met on Wednesday 28 July to give their support to the plan, with the member for the environment Cllr Tracey Rawlins stressing its importance.

“This plan is key to us working together to achieve not only our legal obligations, but to ensure that we can absolutely protect the health of Manchester residents now and in the future.” 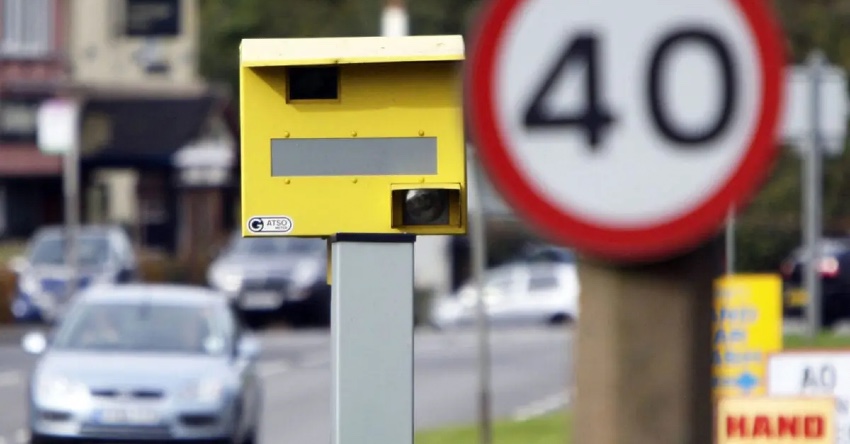 A taxi driver in Sunderland has failed to renew his taxi licence after a court heard he had been caught speeding four times.

Mr Ahmed, from Sunderland, had been licensed by the council since April 2017 but made the decision to revoke the driver's licence in November 2020.

It decided he was not a "fit and proper person” because of speeding offences in October 2017, October 2018 and September 2019.

The driver had received a warning about his future licensing conduct in March 2019 following the first two offences, while Mr Ahmed also failed to inform the council of his second motoring offences within 72 hours.

Sunderland City Council say a third offence of driving in excess of a 30mph limit had not been notified to the them, or declared on his taxi licence renewal application.

While Mr Ahmed’s appeal was pending he committed a fourth speeding offence in February 2021 and undertook a speed awareness course as he had nine points on his licence.

The decision not to renew Mr Ahmed’s taxi licence was then upheld at Newcastle Crown Court on July 23.

Councillor Jill Fletcher, Chair of the council committee that oversees taxi licences, said: "The Licensing and Regulatory Committee does not take its decisions lightly. The decision to refuse to renew a licence is a significant decision.

"Councillors sitting on this important committee have a duty to protect public safety which is our paramount consideration.

"Motoring convictions while licensed can demonstrate that a professional driver is not taking their responsibilities seriously. We welcome and note how the Crown Court upheld our original decision."

Steve Wearing, the council’s Principal Licensing Officer, added: "It is vitally important that this provision is complied with by all licensed drivers operating within the city.

"The reporting requirement under Condition 6 is to report in writing. The fact he admitted a further speeding offence after the decision not to renew his licence and before his appeal to the magistrates was concerning."