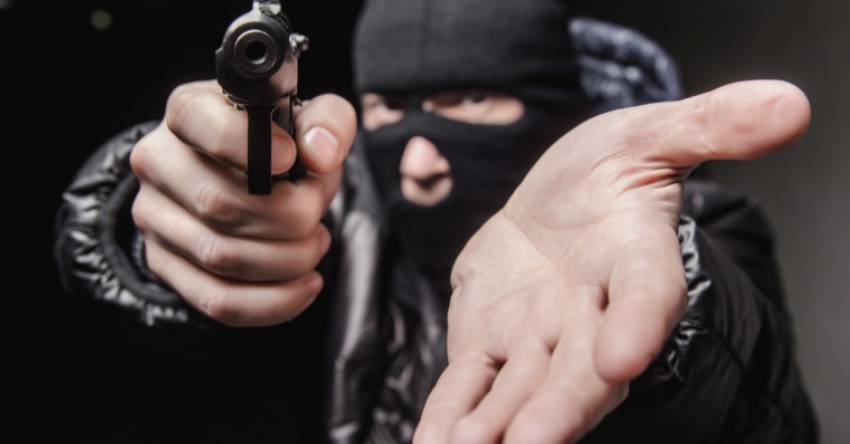 Another cabbie has been robbed this time at gunpoint, by four men in a frightening attack near Birmingham City football ground.

The Birmingham Mail reports that the driver was on St Andrews Road, Bordesley, when four Asian men in balaclavas pointed the firearm at him and ordered him to hand over his money.
The men, who had called for the cab, took around £60 from their victim before fleeing. The alarm was raised and officers got to the scene shortly after.
Police have retrieved CCTV footage and are appealing to anyone who witnessed the attack, which happened at around 3.50am on Monday, January 11, to contact them.
A force spokesman said: “We’ve launched an investigation after a taxi driver was robbed at gunpoint in Birmingham. The driver was not injured.
“We got officers to the scene minutes after the 999 call and searched surrounding streets but there was no sign of the offenders.
Anyone with information or who witnessed the attack is asked to contact police on Live Chat via the website or call 101 quoting crime ref 20BW/10368G/21."
Source: https://www.birminghammail.co.uk/news/midlands-news/taxi-driver-robbed-gunpoint-shocking-19636686
Posted on the 18th January 2021 in PHTM News 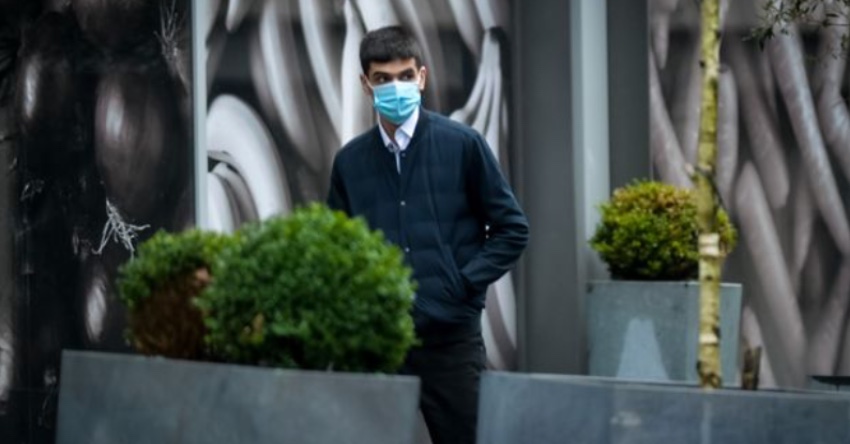 A driver caught on Deansgate in Manchester with stolen taxi plates on his Ford Mondeo - before he led police on a 20-minute high-speed chase has avoided jail.

The Manchester Evening News reports that Anas Abuhdaima, 26, initially stopped for officers in Manchester city centre after they pulled him over but then attempted to flee leading officers on a 20-minute pursuit before he was finally caught.

Prosecutor Jon Savage told Manchester Crown Court that the incident happened just after 1am on December 19, 2018.

"Police officers on patrol in Manchester city centre had cause to stop the defendant's vehicle, a Ford Mondeo, on Deansgate, after receiving reports that it was being driven as a taxi," Mr Savage said.

"There was a passenger in the front of the car. The defendant did stop when indicated to do so but when he was required to get out he drove away so the officer followed him."

Abuhdaima drove along Deansgate and onto Chapel Street, where he went through a red light. He then drove onto Trinity Way on the wrong side of the road, and along Cheetham Hill Road. He reached speeds of around 80 miles an hour - the speed limit was 30.

"He went through two more sets of red traffic lights before stopping at a petrol station where the passenger got out.

"The defendant then drove away again and led officers to Fallowfield, where he stopped on Bucklow Avenue and ran into a cul-de-sac.

"The force helicopter was used and the defendant was located in a garden but tried to run from police again."

His car was found to be fitted with a stolen taxi licence plate. The defendant didn't have a driving licence at the time.

"There was little traffic on the road at that time in the morning but this does not mean that the defendant was not putting himself or other road users at risk."

Judge Recorder Payne agreed to suspend Abuhdaima's sentence as he said there was a 'realistic prospect of rehabilitation'.

Abuhdaima, from Moston, pleaded guilty to dangerous driving. He was handed a nine-month prison sentence, suspended for two years.

He must complete 80 hours of unpaid work and 10 rehabilitation activity requirement days.

Abuhdaima will also have an electronically-monitored curfew for three months and will be disqualified from driving for 18 months. 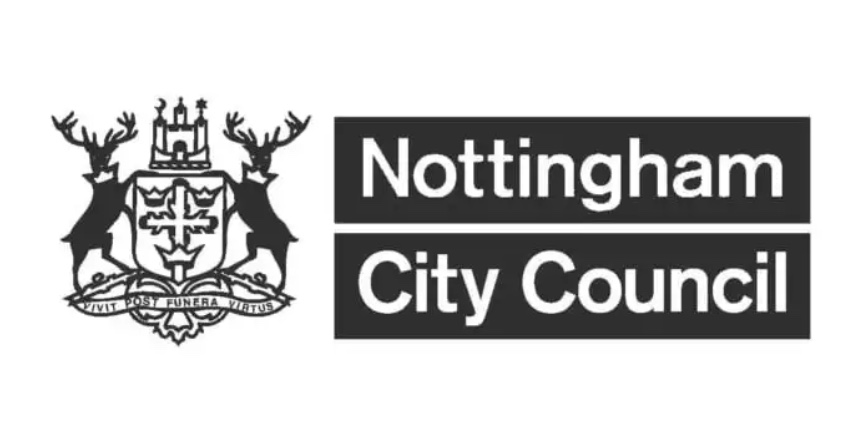 Good news for all Nottingham licensed drivers as applications for £400 grant opens at 9am Monday 18th January Monday 18 January until 11.59pm Sunday 31 January 2021.

The application form is on the Council’s website at http://myaccount.nottinghamcity.gov.uk/service/Taxi_Grants and all applications must be made using this online form.

To apply you will need: an email address, your driver’s licence number - which can be found on either your drivers badge or the paper copy of your (green) licence, your bank account number and sort code, a photograph or scan of a bank statement or other document showing these details, to upload onto the application.

Thank you to Azeem Hanif the chair of ACDU Nottingham for his effort and determination in lobbying to ensure that drivers get this grant.

A support fund of £57 million has been confirmed, enough to provide grants of £1,500 to all Scotland’s 38,000 taxi and private hire drivers that meet the eligibility criteria.

You will not be eligible if you have been in receipt of state benefits payments: Universal Credit, Statutory Sick Pay, Employment and Support Allowance, Job Seekers’ Allowance, Income Support) or have applied for but not yet started receiving Universal Credit at the time of applying.

If you are eligible for a grant - your local authority will get in touch with you, starting 18 January 2021. You do not need to contact them.

However, The Scotsman reports that Scottish drivers and union leaders have claimed that the one-off payment is short-changing the trade, warning many face mounting debts to keep their vehicles on the road while takings are down by up to 80 per cent.

It comes after a number of politicians blasted the Scottish government for failing to help struggling taxi drivers. Last week Ruth Davidson accused the government of being “great at making announcements” but failing to get vital financial support into hands of businesses.

Andy Taylor, a driver from Edinburgh, said: “It’s good that they increased the funding but its one payment. It just feels like a kick in the teeth. Most drivers left on the road now will be owner operators like me so have huge overheads just to keep a vehicle on the road.

"I have had to borrow a big sum, after I got a letter from a debt collection company. I feel like the world is closing in. It costs me about £1,400 a month to keep my vehicle on road, but I make about £200 a week just now, if I’m lucky. The debts keep mounting up. I feel helpless, desperate and is if I am letting my family down. But we are trying our hardest with very little help available.”

A recent survey from Unite revealed around 30 per cent of drivers have not got any financial help from government support schemes.

The survey laid bare the struggle of drivers regularly working 16-17-hour days with a shift being determined as having been ‘good’ if £50 is cleared.

Jacqueline Dunn, branch secretary for Unite, said: “We welcome the funding has increased overall but it’s nowhere near enough. It won’t make a significant difference.

"Many are in debt, accumulated since March when the first lockdown hit. I know some are already bankrupt. I had to stop driving taxis after Christmas and get another job.

"The trade is on it’s knees. Most are bringing in about 20 per cent of usual income, while they still have 100 per cent of costs. A one off £1,500 payment is nowhere near enough. It won’t even make a dent.”

Unite has launched a petition https://bit.ly/2LJipD0 calling for drivers to be eligible to access the Scottish government’s Strategic Framework Business Fund, which would see owners getting payments every four weeks for as long as restrictions are in place. 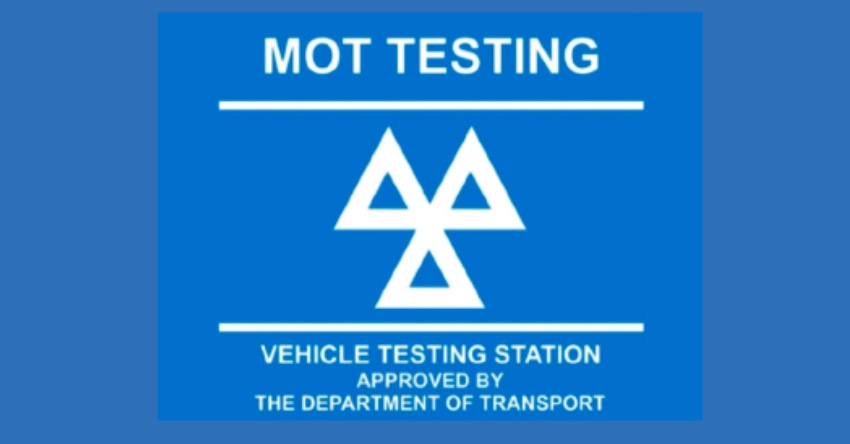 The question constantly asked: "Do I need to get an MoT on top of the council compliance test?"
Davie Lawriie director of NPHTA: nphta.co.uk explains:
The truth is that there is no national answer to this, because councils across the country have many variations.

Some councils issue both the nationally recognised MoT certificate and the local council compliance test at the same time.

Some councils only issue the compliance test certificate and claim exemption "G" of the national exemptions list.
NB: Exemption "G" is only valid if the council in question holds a certificate issued by the Secretary of State.

Some councils have only one test per year whilst others may have two or three tests per year.

Some councils have for example have CCTV, fire extinguishers, first aid kits as mandatory, and as such is part of their compliance test but not part of an MOT whilst others do not.

Some councils have a minimum and maximum age limit of vehicles, which forms part of the compliance test, but not part of the MOT, whilst others do not.

Some have restrictions on rear window tints, whilst others do not.
Therefore due to the fact that a compliance test merely indicates that the vehicle "complies" with local licensing conditions and although the test may well include the standard MoT roadworthiness checks, the simple fact remains that if a valid MoT certificate is NOT issued, then the vehicle is NOT subject to a valid MoT.
Is this legal? If the council holds a valid certificate from the Secretary of State, then YES it is legal
But there are issues such as

Insurance companies and even a local authority, have been known to say that if you use the vehicle for personal use (PLG) and not just for business use, then you must get an MoT in addition to the compliance test.

However, this is simply NOT true at all.
The vehicle is either mechanically roadworthy and exempt during the term of the license OR it isn't
The mechanical roadworthiness of a vehicle does not and cannot change depending on whether you are going shopping for yourself, or for a customer.

A compliance test will not be registered on the national database which means that your vehicle WILL be flagged up on any ANPR camera as not being subject to a valid MoT.

In addition to ANPR cameras, you will also not be able to tax your vehicle using the online vehicle tax renewal platform.

Is there a national exemption in place? Yes, but as above it is conditional, so is it really national?
This is a complex topic:
Let us know your thoughts - we will running a detailed feature in PHTM February issue including a full list of all councils with their requirements.
Next page