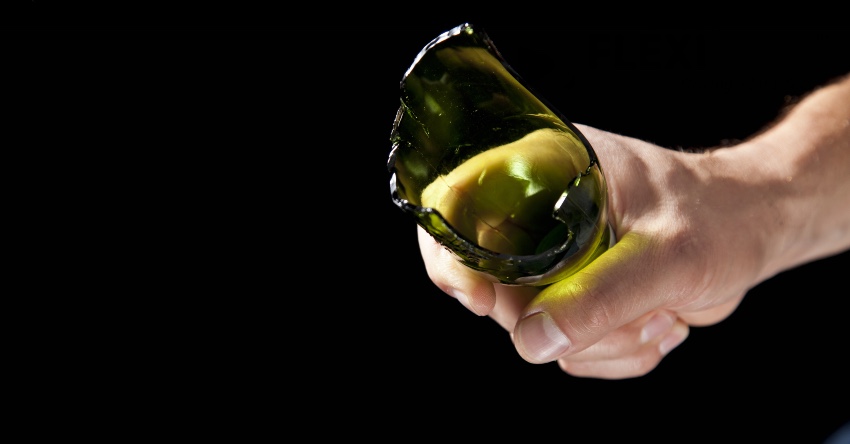 A customer beat his driver over the head with a glass bottle – after he turned up to collect the fare late.

The Oxford Mail reports that the victim said the attack had left him wanting to leave the driving profession.

Malcolm Njururi, 24, who was given a suspended sentence in December for dealing class A drugs, ordered the Royal Cars cab to pick him up from an Abingdon cul-de-sac in April last year.

Prosecutor Anna Fitchett told Oxford Magistrates’ Court: “When he arrived, there was nobody around. He called the defendant, Mr Njururi. The defendant told him he was too late. He didn’t want the taxi anymore.”

As the first driver was waiting, a second cab arrived. Njururi, who had ordered the second vehicle, came out the house and spoke to the waiting driver.

The second cabbie told him to take the first car. A heated discussion began with the first driver, the court heard.

Ms Fitchett said: “[The defendant] has tried to pull the victim out of the taxi before hitting him over the head with a glass bottle.”

The driver was taken to the John Radcliffe Hospital and treated for a 5cm wound to his head.

Photographs shown to the court by the prosecutor pictured pooled blood on the pavement and the driver’s bloodied head.

In a victim personal statement, the private hire driver said: “I feel very scared and shaken up by what happened.

“I am no longer going to be a PHV driver because of this incident.

“I do not come to work to be assaulted by someone when I am just trying to complete my job.”

He had seven previous convictions for nine offences and was currently subject to a suspended prison sentence, although as it was imposed after the cab driver assault he was not in breach of that court order.

The magistrates bailed Njururi to return to court on September 1 for sentence and ordered a probation report.