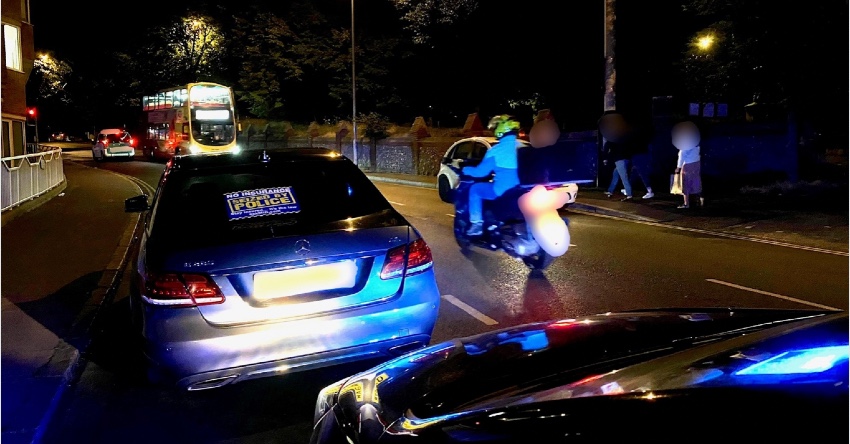 This vehicle was stopped and the driver was found to be an unlicensed driver and not covered by any insurance policy.

The driver has been reported for the driving offences and is now under investigation for being an unlicensed driver.

The police work closely with taxi marshalls from Pagoda Security in the city.

The taxi marshalls ensure vulnerable people can get home safely from a night out.

Stuart Aldred of Pagoda Security said: "We are so pleased to be working with both the police and council to help safeguard vulnerable people in the night time economy and provide a valued and important service."

The marshals patrol taxi ranks at East Street and West Street between 1am and 5am on Saturday and Sunday mornings.

"We know this is going on with so many unmarked cars pretending to be cabs....We are now back to pre 1976 due to the Deregulation Act 1976 which we predicted."