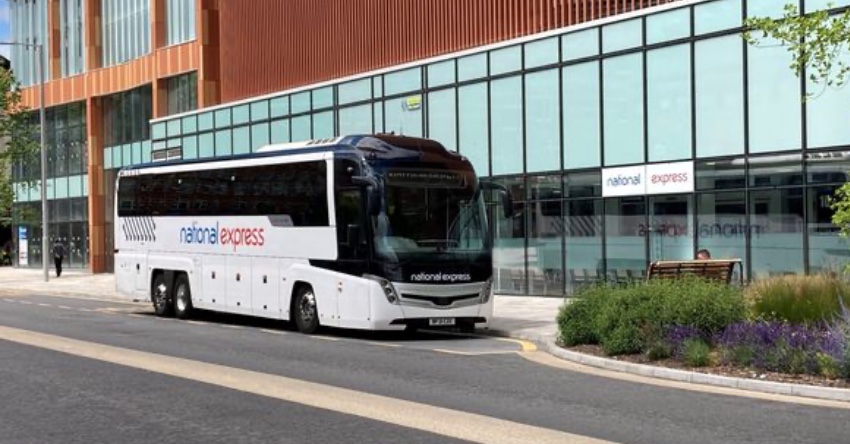 Taxi drivers are calling for a rank to be built outside the new Broad Marsh bus station over fears people are being left stranded when they arrive in the city by coach.

According to NottinghamshireLive, National Express coaches moved into the new £50m bus station and car park in June.

More than 400 coach services are expected a week, but some taxi drivers say they are furious there is no rank to pick up passengers.

Drivers used to have a taxi rank as part of the former bus station, which has been replaced with a pedestrianised space.

Cabbies said some coach passengers have been left stranded with luggage, pushchairs, and wheelchairs, unable to find the rank outside Loxley House in Trent Street.

Nottingham City Council says it is also considering building another rank close to the station.

Chander Sood, 61, a taxi driver for more than 25 years, said: "Nottingham must be the only city in the country without a taxi rank outside a bus station. There is no facility for passengers carrying excessive luggage or for the elderly and disabled.

"Where has the council's brain gone? The first thing people want to see when they leave the bus station is a taxi rank. At the old bus station, the rank was very visible."

He said ranks had already been taken away from drivers outside Ocean nightclub and the train station as well as in Traffic Street.

Mohammad Yousaf, 65, who has been a taxi driver for more than 20 years, said: "The biggest problem is people do not know where to go."

Parmjit Purwaha, 64, a taxi driver of 20 years, said: "Trains, buses and taxis go together. We desperately need a rank outside the Broad Marsh. We are losing business.

"We have paid lots of money for new taxis. This is the pride of Nottingham this new fleet and the council should give us a rank."

Mohammed Akram, 64, who has been a taxi driver for 36 years, said: "There are going to be 400 buses and the bus station is large enough to have a rank inside it or outside the main doors. It is unfair for the customer.

"You have got elderly people with wheelchairs and luggage and there is not even a sign for taxis.

"If you are not from Nottingham, you just don’t know where to go. It is uninviting."

Councillor David Mellen, leader of Nottingham City Council, said: "We've been consulting and communicating with taxi drivers throughout the Broad Marsh project and continue to work collaboratively with them.

"Free drop-offs and pick-ups are available within the new car park and we're currently looking at a longer-term taxi rank at nearby Melville Street. This is being delayed by construction work but we will look to implement as soon as we can.

"One of the main intentions of the wider Broad Marsh project has always been to reduce traffic in the area and switch priority towards cyclists and pedestrians.

"As such, there has never been a plan to introduce a rank at the car park. However, there remains a prominent and established rank close by in Trent Street serving both the bus and train stations, where state-of-the-art, wireless charging points are now being installed on the road for use by drivers of electric taxis - the first project of its kind in the UK."