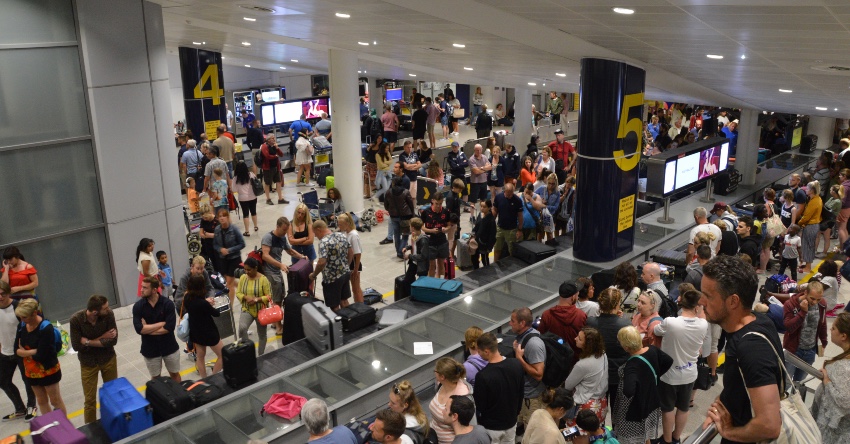 In a job where “time is money,” cabbies at Manchester Airport have been running the gauntlet this summer.

The under-fire flight hub has suffered months of delays, cancellations, and baggage issues, resulting in thousands of angry customers and holidaymakers.

But the airport is an important source of income for more than just the airlines - and therefore problems with it go further than just affecting travellers.

John Scarlett, 34, regularly takes customers to and from Manchester Airport with his company JMS Topgear Travel, sometimes making as many as six trips to the flight hub in one day.

But the issues at the airport mean John is sometimes left waiting for hours before picking up clients - something that has serious implications for his business.

“For taxi drivers at the airport, time is money,” he told the Manchester Evening News . “We can’t afford to be sat there waiting.”

John said the usual wait time from touchdown on the tarmac to the family emerging is around 45 minutes - but he has been forced to wait more than two hours to collect travellers on a string of occassions.

“Obviously that has a knock-on effect with your following bookings,” he said. “I can book six journeys a day. But then you get one delay and then you can’t do all your jobs, and you’re rushing around trying to find a backup driver that can do your second or third job.”

The cabbie, who is in his fourth year running his independent business, also called the Terminal 2 West car park pickup point an “accident waiting to happen,” with passengers walking out in front of cars and drivers blocking the way.

He also blasted the airport over number plate recognition barriers into the drop off zones, which he said often don’t work, once again slowing him down in a job where every minute is valuable.

Manchester Airport said they are carrying out “extensive trials” and are looking to move the reader to a more suitable location in future.

But mostly, John highlighted how the issues facing the airport affect those whose jobs are reliant on airport trade, as well as just travellers.

“Other people are being affected, not just passengers. It’s a brand new terminal, but they can’t even get the simplest things right.”

“Having received feedback about the position of the registration plate reader in one of our car parks, we have carried out extensive trials and are looking to move it to a more suitable location in the near future.

“With regards to the pickup point in Terminal Two, we are confident there is sufficient space to allow those collecting passengers to park and walk on foot to either the reception lobby, or the arrivals area in the terminal."