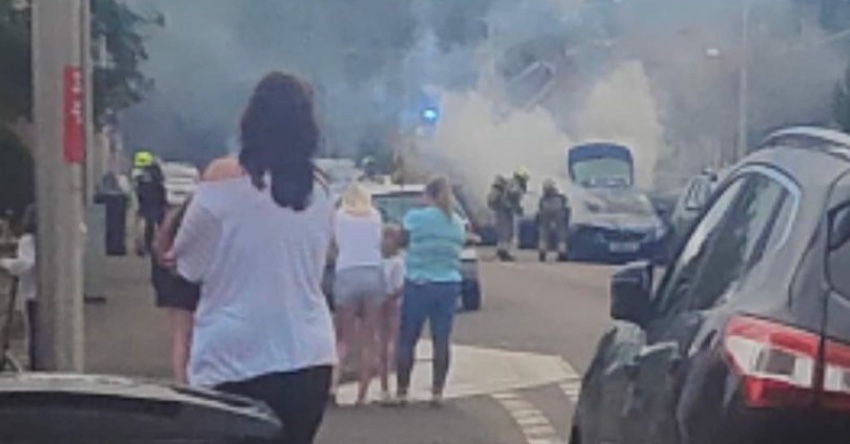 A taxi burst into flames on a Scots road on the evening of Tuesday 21 June.

According to the Daily Record, emergency services raced to Main Street in Springfield, Fife, after the alarm was raised at around 8.20pm.

Fire crews scrambled to the scene after the vehicle quickly became engulfed in flames.

Huge plumes of smoke can be seen billowing out of the taxi while shocked locals watch on.

It's currently unclear how the fire started but it's not believed anyone was injured as a result.

Fire crews confirmed the blaze had been extinguished by around 9pm.

A spokesperson from the Scottish Fire and Rescue Service said: "We were called at 8.20pm to a taxi on fire at the address.

"We sent one appliance from Cupar and we have now extinguished the fire."

A Police Scotland spokesperson confirmed they were not called to the scene.