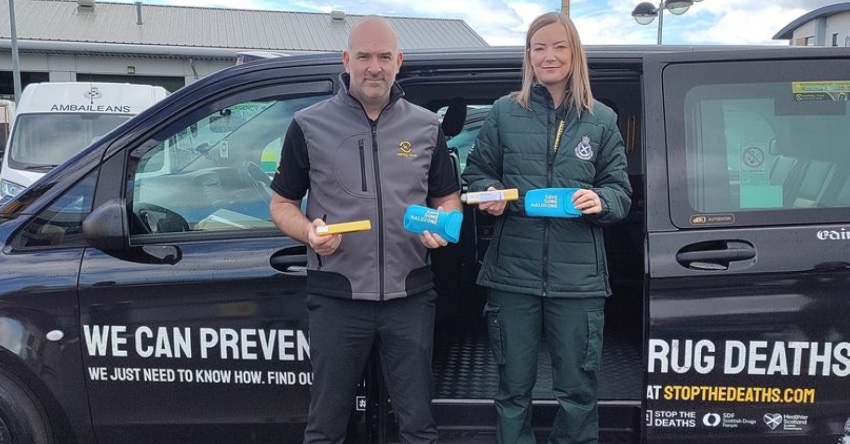 Edinburgh taxi drivers have this week been trained by hero paramedics to administer a life saving drug they will be carrying in their taxis in an aim to reduce drug deaths in the capital.

According to EdinburghLive, Central Taxis have paired up with the Scottish Ambulance Service to train dozens of drivers to be able to carry and administer the drug Naloxone which reverses the affects of an opioid overdose.

All the drivers at the cab firm have all been approached to carry out the necessary training and to carry naloxone in their cabs. With, 36 drivers already signed up to complete the training.

Recognising the signs and symptoms of overdoses and the administration of naloxone can mean the difference between life and death.

Naloxone is vital in reversing the life threatening effects of opioid overdose and can buy precious time while waiting for an ambulance to arrive.

Taxi drivers cover large areas in the region, and serve different communities on a daily basis, and so they are often likely to encounter an overdose before an ambulance is called.

This initiative is part of a wider campaign, Stop the Deaths, launched by the Scottish Government and the Scottish Drugs Forum, which seeks to reduce stigma and raise public awareness of how to recognise and intervene when someone has a drug overdose.

SDF is providing free access to online naloxone training for drivers, and the naloxone kits are being provided by SFAD, who will use their click and deliver service to distribute them to the drivers who request them.

Murray Fleming, Company Secretary, at Central Taxis said: “This is a great campaign. Our drivers are out and about 24 hours a day and are very much the eyes and the ears of the city.

"We’ve had a terrific initial response from drivers registering to complete the training, carry Naloxone and play their part in the Stop The Deaths initiative.

"We already provide a back-up service for the NHS and Ambulance service in Edinburgh and see ourselves as very much the fourth emergency service.”