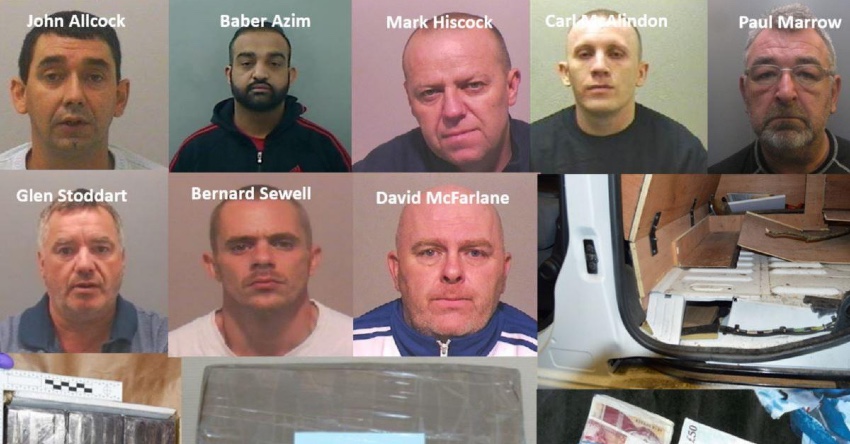 A former cabbie who acted as a drugs courier for two organised crime groups has been put behind bars.

The Shields Gazette reports that Baber Azim moved commercial quantities of cocaine from Liverpool to South Tyneside and made return trips with cash payments.

Newcastle Crown Court heard he was paid £500 per delivery and made a total of four separate trips before he was caught by the authorities.

The court heard how the 43-year-old had been recruited by a Merseyside crime group and John Allcock's criminal gang in South Tyneside, who all received prison sentences in April 2022.

The crime groups used an electronically operated trap door hidden inside a white van to transport large quantities of high purity drugs across the UK.

They used another vehicle, equipped with a heavy duty boot-liner hidden under a pile of tools, to move around tens of thousands of pounds in criminal cash during an underground conspiracy between January 2017 and May 31 2018.

The men had attempted to evade detection by communicating via encrypted devices and also used a number of tactics to frustrate police activity.

Azim, from Slough, admitted supplying cocaine and possessing cocaine with intent to supply.

The court heard Azim got involved in the illegal enterprise after he got into "massive debt" and feared he may lose his family home.

Judge Tim Gittens sentenced Azim, who he said was a "family man" with a good work record, to four years and nine months behind bars for the offences.

The judge told him: "You became a drugs courier for an organised crime group.

"Your work as a taxi driver was undoubtedly good cover for that."

Judge Gittens said Azim played a "small but vital" part in the operation and acted under direction of others, but said the defendant would have known he was "part of something bigger".