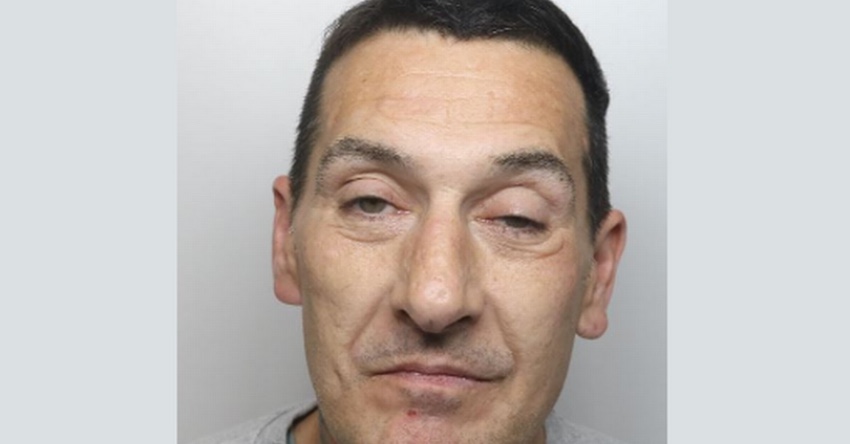 A dangerous criminal has been jailed for eight years after two knife-point robberies which saw him take cash and a taxi.

NorthantsLive reports that Marvin Flannagan, 50, was drunk when he used a knife to threaten two men during a night of offending which started on July 30, 2020.

Northampton Crown Court heard on Thursday 13 January 13 how Flannagan was drunk and went out to commit the robberies in Northampton.

He first got into a taxi to go on a short journey and when the driver pulled over and asked him to pay, he climbed into the front, pinning the driver against his seat and demanded money.

Flannagan then pulled out a knife, and the taxi driver ran away leaving him in the cab.

He drove a short distance before taking around £45 from the taxi and then went on the hunt in Northampton "looking for someone to rob".

He saw a man waiting to meet a friend and walked up to him asking for a cigarette.

The criminal then asked what was in the man's wallet before pressing a knife into his side.

After seeing that the wallet was empty Flannagan walked the man to a cash point, and when the victim put in the wrong pin number he told him he would "cut him up" if he did not put in the correct number.

He took £100 from the man, before walking away, sarcastically telling him to "have a good night".

The court heard a victim impact statement from the victim who said he was too scared to leave his home without a friend or family member after the incident.

He said he was "constantly looking over his shoulder" and still woke up at night from flashbacks of the robbery.

Judge David Herbert QC, said that he was "quite satisfied" that Flannagan was a dangerous man.

He sentenced him to a total of eight years in prison, of which he will have to serve two thirds.

He was also given an extended licence period of a year, which will be added to the end of his sentence.

Flannagan is already serving a four years and seven month sentence for his part in a stabbing of a Northampton man on August 15, 2020.

His new sentence will begin at the end of his current jail time.