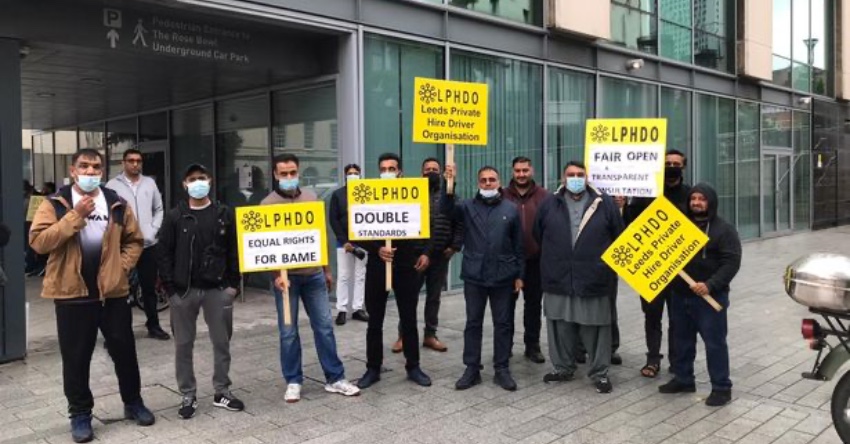 Leeds taxi and private hire drivers are set to strike for 24 hours from 6am Monday January 17 until 6am on Tuesday January 18.

LeedsLive reports that they are protesting Leeds City Council's Suitability and Convictions Policy, which has been in place since February 2020.

The council says it is “entitled and bound to treat the safety of the public as the paramount" but the group claims a driver could lose their licence for "minor issues”.

LPHDO Vice Chairman Zahid said they are going to keep organising different types of protest until the policy is repealed.

Zahid, who has worked for Amber Cars and has been a cabbie for 24 years, said: "It's getting drivers suspended over minor issues.

"If you have a little argument with your customer, the customer isn't always right. When you know they're intoxicated, they're saying things that they shouldn't be saying.

"Within the 50-page document, there is nothing in there to safeguard the driver. The driver is in the biggest danger from intoxicated people, who in this day and age are now sniffing coke and whatever they do.

"We are in the front line of danger."

LPHDO released a video on social media, where Zahid is calling for the strike and setting out how it's going to take place.

In the video, the father-of-four said: "We're going to strike from 6am to 6am the next morning, it's a 24 hour strike in which drivers don't have to come into work whatsoever.

"Let the council do their own contract work because they do not see us fit and proper anyway, so let them know that we are not going to sit down until we get rid of this Suitability and Convictions Policy."

Leeds City Council has been asked for a statement responding to Zahid Mahmood's claims and an explanation as to how they will deal with the strike on Monday.

Leeds City Council's policy page reads: “The standards of safety and suitability are not set as a base minimum. They are set high to give the public the assurance it requires when using taxi services. The council does not have to strike an even balance between the driver’s right to work and the public’s right to protection. The public are entitled to be protected. This means that the council is entitled and bound to treat the safety of the public as the paramount consideration.

“The licensing process places a duty on the council to protect the public. Therefore it is essential that those seeking a living as a driver meet the required standards. As previous offending and other behaviour can be considered as a predictor in determining future behaviour, it is important that the council considers all relevant factors including previous convictions, cautions, complaints, failures to comply with licence conditions, and the time elapsed since these were committed.”