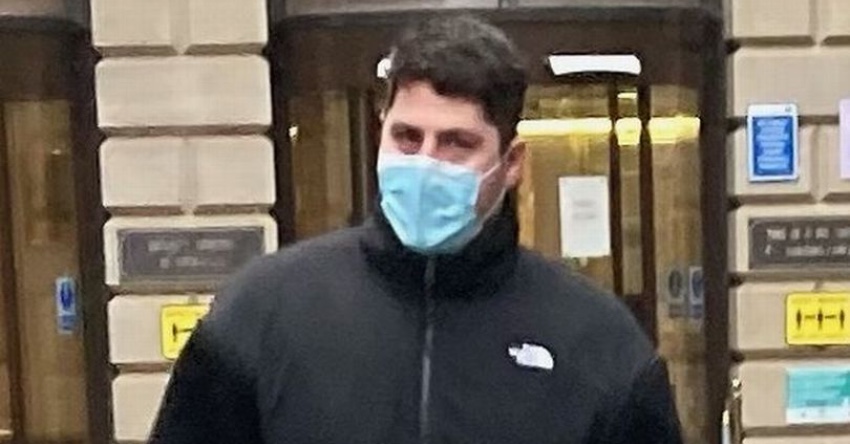 An Edinburgh bodybuilder who vomited in a taxi during a drinking binge attacked the upset cabbie who demanded he pay to clean up the mess.

According to EdinburghLive, Steven Donoghue threw up in the backseat of the black cab in Edinburgh while taxi driver Wasiq Billah was behind the wheel.

Asked to pay a cleaning charge, Donoghue, 32, punched Wasiq in the face, leaving him with a bloody mouth.

When police were called, the thug assaulted three officers trying to subdue him, punching each of them in turn.

Donoghue appeared at the city’s sheriff court on Wednesday 12 January, and admitted four charges of assault.

Fiscal depute Gavin Marshall said the accused took the taxi at around 11pm and Wasiq “observed Mr Donoghue being sick in the rear of the cab”.

The court was told the cabbie pulled over and attempted to get Donoghue out into the street to avoid “further damage” to the vehicle.

Donoghue started to walk away, Mr Marshall said, and Wasiq told him he was required to “pay the cleaning bill”.

He added: “Mr Donoghue walked back to Mr Billah and punched him to the face.”

After the victim called for police and officers arrived, the court heard Donoghue was “aggressive” towards them.

He punched Pc Amanda Urquhart to the face, causing her to fall to the ground, before fleeing.

Mr Marshall said the accused managed to get on top of the constable and repeatedly punched him to the head and body.

Donoghue then ran at Pc Lewis Shaw with his “hands raised” and punched him to the head, he added.

A number of officers were finally able to subdue Donoghue and put him in a police vehicle.

The court was told the “typical” cleaning fee among taxi drivers was £50.

Defence agent Nicola Haston said her client had “no recollection” of the events as he’d been “drinking very heavily”.

Ms Haston said Donoghue had been going through a break-up with his partner and “just hit the drink” but he hadn’t touched alcohol since the incident.

Sheriff Frank Crowe fined Donoghue, of the city’s Craiglockhart area, a total of £600.

The sheriff also ordered him to make compensation payments with £100 going to Wasiq, £50 to Pc Urquhart, and £200 to PC Alexander.