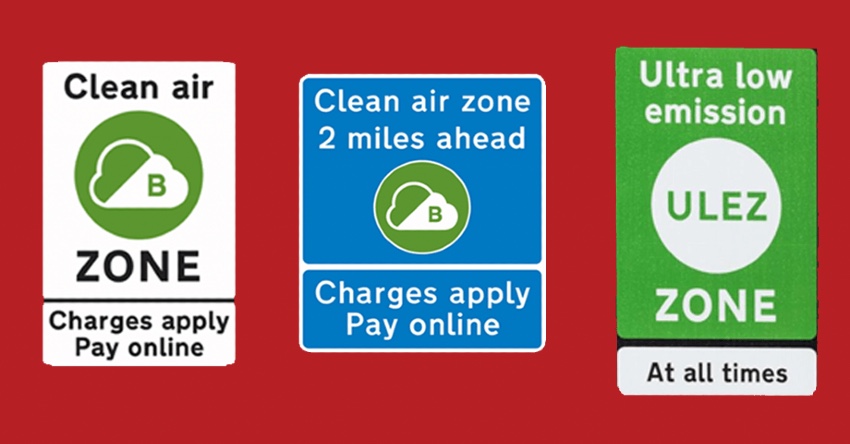 With all the pressure mounting now regarding the Clean Air Zones popping up, the public and even many drivers are now aware of the zones, and are worried.

We are hearing many people saying: “Why was there no consultation on this, why is this the first we know about it!!?

Well in all honesty, this has been on the cards now for almost four years. The taxi and private hire trade throughout the UK, where these zones are popping up, have been almost begging people to respond and make their views known, with protests, banners, placards, even to the point in August 2020 of the taxi trade in Manchester holding a go-slow in Manchester city centre, as was reported here: https://twitter.com/mcrconfidential/status/1298646243506376705?lang=ar&fbclid=IwAR3m4dBKye4Al_xl71gbOYdQteBwnSQTZc-6ohRJ7Qx8IraDDrFMw3dmNSI

I have to say also, that in all honesty, the councils have tried to raise awareness, through their websites, press releases, and any other format they could find.

The NPHTA and other trade reps, unions and local associations throughout the UK (including the Greater Manchester Drivers Federation, Greater Manchester Taxi Coalition and various others) have frequently held online meetings, not only with the local authorities in question, but also with JAQU (Joint Air Quality Unit) and have all replied to the various consultations as trade representatives, and have also pleaded with others to also respond.

Now here are the issues we have with that aspect of it to begin with:

1. The consultation was rigged, with the questions being loaded, many of them simply asking for “agree or disagree” and then “how strongly”, so pretty much box ticking.

2. Many of the questions were grouped together in one section, meaning if you agreed with 4 parts of the 8 block, but disagreed with the other 4, you could only agree or disagree to all 8.

3. We asked very clearly, since we represent a large portion of the industry, would our responses be counted as the response of the total number we were responding on behalf of? We were told yes. Then within the questionnaire it asked in what capacity, and if as an organisation, how many were being spoken for, so we thought they had stood by their word. But when the results came out, the number of responses for the trade as a whole was not even equal to one organisation membership as quoted within the questionnaire.

OK, SO WHAT DID WE ACHIEVE AS A RESULT?

In essence, we only managed to obtain a one-year extension for those taxi and private hire vehicles who were licensed by any of the 10 GM authorities, those licensed elsewhere were to be charged from May this year (2022).

As a result of public outcry, a new public facebook forum was formed specifically for this topic here:

A protest in Bolton took place on Monday, 10 January as can be found here: https://fb.watch/atM2j3i0YQ/

And online petitions with more than 30,000 signatures so far can be found here:

The Mayor, Andy burnham, is now blaming it all on central government and has announced that the charging is to be paused, the result being buses, HGVs and out of region taxis will still be affected this May. He said: “This could lead to its pausing.That is for lighter goods vehicles and taxis, but with the exception of heavy good vehicles, buses and out-of-town taxis.”

However, the pause is not actually a pause at all, we had already achieved that extension!!

OK, now lets compare this to BRADFORD where their CAZ does not EVEN allow for Euro 6 diesel engines to be exempt!

Thats odd, but there is more - since all these vehicle types that will be charged to enter the Bradford CAZ, will not be charged for any other zone  (including London, Birmingham, and the largest in Europe, that is Greater Manchester) that is going to cause a huge amount of confusion, anger, late payment notices and turmoil. But it gets worse, because here, it states that those WILL be compliant.

For Birmingham, the zone is only 6 square miles, with Euro 6 allowed.

This is all political now, with Mayor Andy Burnham (and various other labour councillors) shouting from the rooftops that this is all the government's fault, saying they “forced us to do this”

Not true at all, since they instructed you to: “take measures to clean up the air as quickly as possible”

Leeds didn't go for the option of a charging zone by introducing traffic calming measures in order to clean up the hotspots.

Manchester did NOT have hotspots throughout the region, so the mayor decided to link them all together and create the largest zone at nearly 500 square miles. That was not the government, that was the mayoral decision.

The key issue here is that there is no consistency, there is no clear cut government mandate that says: “You must create as big a zone as you can, and collect as much as you can."

NOW LETS TAKE A LOOK AT THE ACTUAL COST:

Whilst advertised as being £7 for Bradford, £8 for Birmingham and £7.50 for GM region, this for most will not actually be achievable. The actual cost will be £120+ the advertised figure.

There is NO automatic alert system in place to say your vehicle has entered the zone and that you must now pay. But there is an automatic late payment penalty charge system which will see affected vehicle owners receiving an extra bill added to the daily fee that will still need to be paid.

The scheme is also not supposed to be for the general public, (except Birmingham), but in reality, it is, since it affects all panel vans (including small van versions of a saloon car such as the Astra van, the Clio van and others. It also affects those driving campervans, and motor homes, and those pulling a horse box or trailer.

The cost of fuel, and the costs of goods in shops and supermarkets will go up massively, since the daily CAZ fee will be added to the delivery costs.

So like it or not, this new “entry charge” (since they dont like it to be called a tax, or a congestion charge, but we all know the money will NOT be used to actively clean up the air) is going to have huge impacts on the entire communities and small businesses.

THE MESSAGE IS CLEAR

Get on board, become aware, get ready, coming soon to a town (or entire district) near you!!