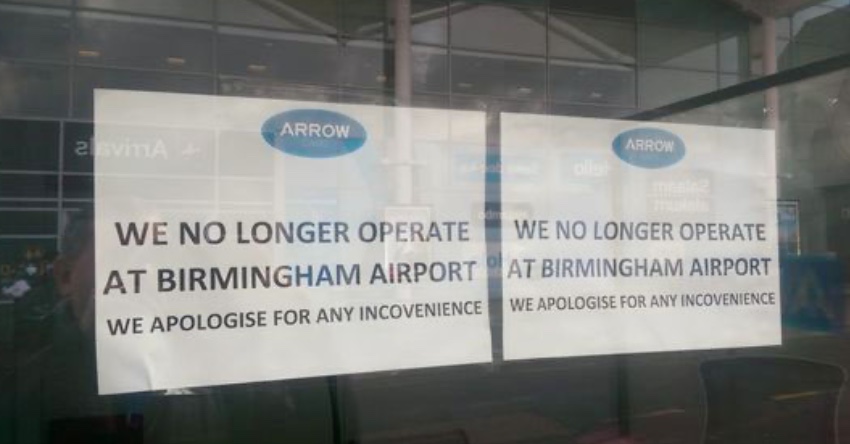 An out-of-work taxi driver is relying on benefits to support his young family after a city cab firm terminated its contract with Birmingham Airport.

Arrow Cars has closed its booth outside the arrivals entrance after completing less than two years of its five-year agreement to deliver private hire services to passengers.

The Birmingham Mail reports that Father-of-two Mohammed, from Sheldon, said he is one of around 20 drivers to lose their jobs when the branch recently ceased operations.

The driver claimed the firm were unable to attract enough drivers to make the contract viable.

After handing in the PHV he rented from his former employer, Mohammed is now struggling to find work and has had to sign on for Universal Credit to get by.

He said: "It's put me in a very difficult position. Right now, I couldn't afford to buy the car [from Arrow Cars] so I've had to borrow a car off a friend to get around and so I can keep my family supported.

"I've got two young kids and now I'm going to have to try and find a car so I can work again, then get it plated up with the council which could take two to three weeks, especially as it's near Christmas.

"I'm going to have to find the money for a car and borrow money off relatives and friends. Car prices aren't cheap.

"I need a car that's eligible to go into Birmingham City Centre as well because of CAZ. It's a lot of pressure on me financially.

"It's not an easy situation. The majority of the other drivers are in a similar situation too."

Mohammed says part of the reason the PHV firm dropped out of the deal was down to a lack of drivers.

It was reported in November 2018, when Arrow Cars signed the contract, that the cab firm was investing over £1 million in a new fleet for the Solihull hub.

A spokesperson for Birmingham Airport said: "It is with regret that Arrow Cars has decided to suspend its operation at Birmingham Airport, particularly as passenger volumes are recovering incredibly well, with an 130 per cent increase since travel restrictions began to lift in the summer.

"Passengers can continue to use the alternative black cab services available around the clock at the airport, which are located outside the terminal building.”