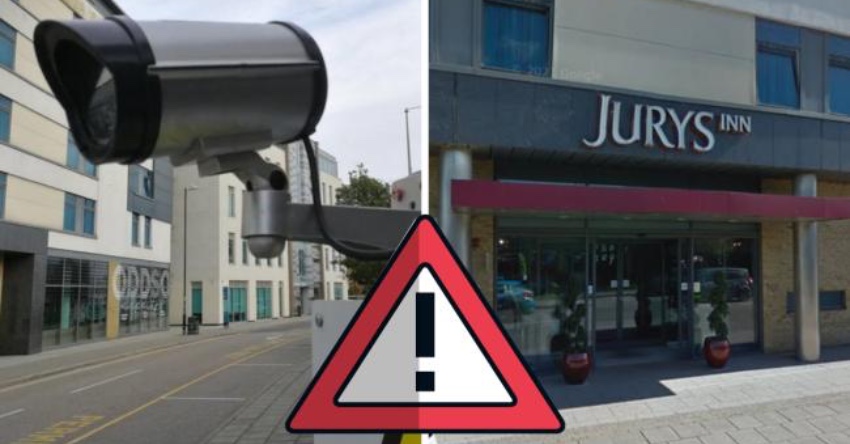 Cabbies picking up customers from a hotel have been hit with fines after getting caught by a camera set-up to monitor the taxi rank at the nearby railway station.

The Argus reports that taxi drivers says they face "ridiculous" charges after being called to collect guests from the Jury's Inn hotel, which is just behind the station in Brighton.

They have been snapped by a camera which was recently activated to stop cabs without a licence from waiting in the taxi rank on Stroudley Road.

The Argus has been told that taxi drivers have started to reject jobs at the hotel for fear of getting caught by the automatic numberplate recognition (ANPR) technology.

Southern Rail, which manages the station, is looking to make changes amid complaints from Brighton & Hove Cab Trade Association (BHCTA).

Andrew Peters, representative for BHCTA, said: “People are saying they have now got this parking ticket when dropping off at the Jury’s Inn when they’re just doing their job.

“This is a ridiculous situation where drivers are trying to do their job, especially after the pandemic, and now they are being penalised. It’s not as if they are obstructing the rank.

“All cab drivers know that if you haven’t got a permit there, you can’t use the rank. I don’t have a permit myself, but if I was to drop off at the hotel, I’d then carry on and turn around at the roundabout where the taxi rank is and come back out again."

The association say that around ten of its members have received charges when entering the area in the last two weeks, despite claiming that they did not stop in the taxi rank.

Marc Venturi, a taxi driver for Brighton and Hove Radio Cabs, said he received a charge when picking up some guests at the hotel.

He says he never stopped in a taxi rank despite his penalty charge notice stating the reason for his charge was “use of taxi rank without a valid authorised licence".

Mr Venturi added that the time from arriving at the hotel to leaving with the passengers was three minutes.

Southern Rail, which manages Brighton Station, said Stroudley Road is all station property and the cameras are in place to protect taxi drivers with a licence.

Chris Fowler, Customer Services Director at Southern, said: “We understand people’s concerns and actually made these changes in response to taxi drivers telling us it’s unfair that some cabbies are using the rank without paying the licence fee.

“All of Stroudley Road is railway property and there are very large and clear signs warning drivers they’re entering a controlled zone for which they need a licence.

“In light of the issues highlighted, we’ve already been in contact with the hotel to discuss a solution that would move the camera forward to create two dedicated bays outside the hotel.”

"Meanwhile, drivers without a licence can stop in the car park opposite for up to 20 minutes.

"If anyone has been issued with a Penalty Notice they feel is unjustified, they should follow APCOA's appeals process detailed on the notice so their individual circumstances can be looked into."