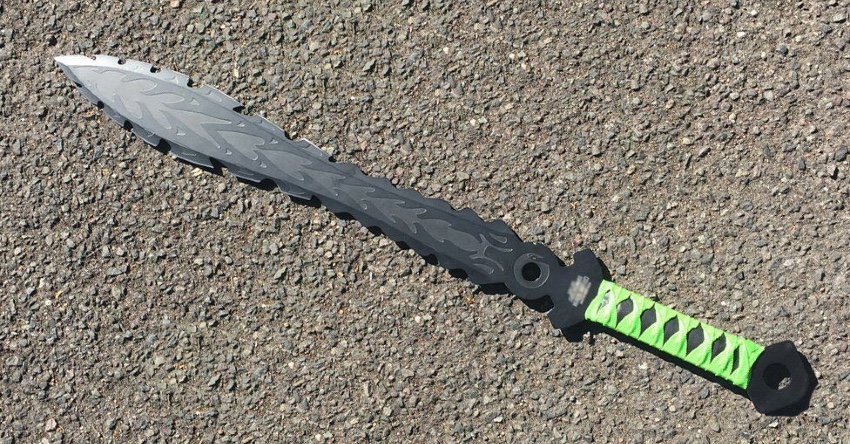 Armed police uncovered a 'Zombie' knife and crack cocaine in a taxi which had travelled from Birmingham to Stoke-on-Trent.

According to the Stoke Sentinel, two teenagers - both aged 19 - were detained after officers stopped the vehicle as part of a wider operation around a suspected organised crime gang supplying guns.

The National Crime Agency's (NCA) armed unit has been supported by West Midlands Police as part of the ongoing investigation.

The first operation was carried out on Friday, November 12 which saw armed officers from the West Midlands stop a taxi which had travelled from Birmingham to the Potteries.

A 44cm Zombie knife was seized as well as crack cocaine. The two 19-year-olds were detained and questioned by NCA investigators before being released on bail the next day.

Meanwhile, the second operation took place the following day in the Rubery area of Birmingham where a loaded firearm and crack cocaine was seized. A man and woman were arrested.

The 20-year-old woman was later released on bail, but the 21-year-old man was charged with firearms and drug supply offences.