JAIL FOR TWO MEN WHO ROBBED TAXI DRIVERS IN BEDFORDSHIRE 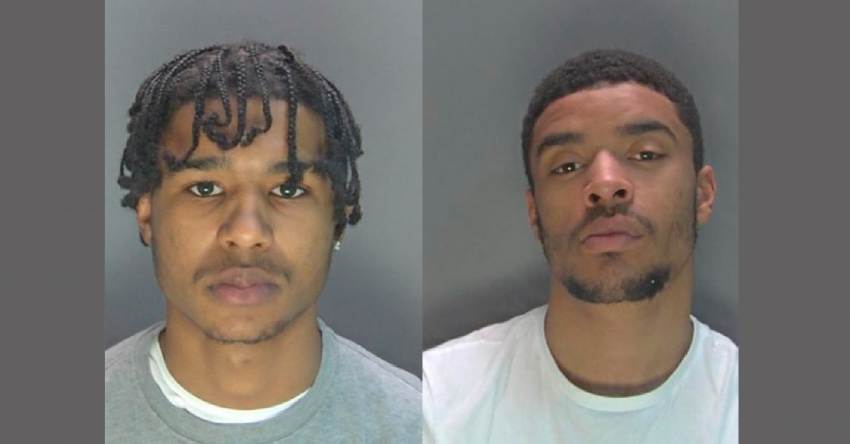 Two men have been sentenced for robberies of taxi drivers in Bedfordshire, including one in Bedford in October 2019.

According to the Bedford Independent, Ryan Edwards, 23, and Tyrese Abbas, 20, of  Bletchley, were sentenced on Monday 18 October to more than seven years in total after pleading guilty to the robbery offences.

The first incident took place on 7 October 2019 after a taxi driver picked up a group of men in Kettering and drove them to Bedford.

When they arrived at the location the group then grabbed the victim by his neck and stole his earnings, as well as personal documents, before running off from the scene.

The second incident happened a day later on 8 October 2019 when a second taxi driver picked up the offenders in Luton.

When arriving at the location in Flitwick, the group threatened the driver with a knife and stole his earnings. The victim managed to sound the car horn to raise alarm and scare off the attackers.

Edwards and Abbas were identified from significant evidence, such as CCTV in Bedford, and DNA and fingerprints left at the scene in Flitwick.

They were eventually arrested in connection to the incidents on 6 January 2020.

Tyrese Abbas was sentenced to 37 months in a Young Offender Institution for two counts of robbery.

Both were also ordered to pay a total of £362 victim surcharge.

A 19-year old man was also sentenced in connection to these incidents to two-and-a-half years in Young Offender Institution in November 2020.

“Nobody should ever feel scared when going to work and we are happy that the court imposed sentences reflecting the seriousness of this type of crime."