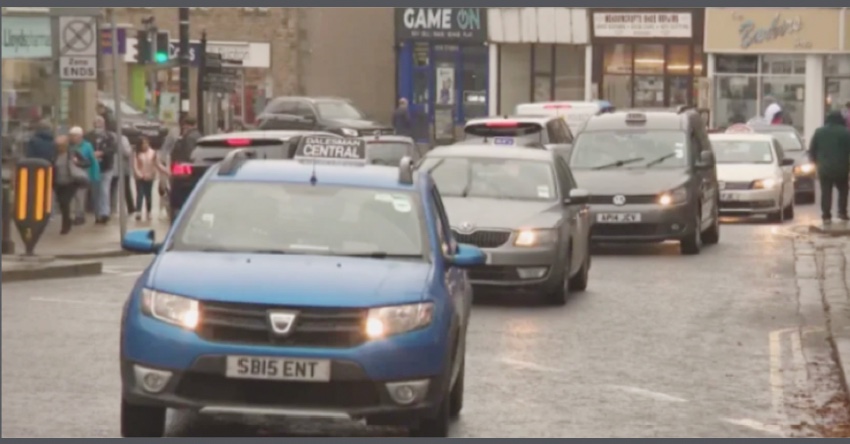 Around 30 taxis and private hire vehicles took part in a rolling roadblock in Skipton yesterday to highlight concern drivers had about having to install CCTV in cabs.

According to the Craven Herald, the protest was organised by cab driver Peter Hubbuck and involved circuits of the high street lasting around 15 minutes in a convoy of vehicles from the bus station car park.

Mr Hubbuck said the protest was about proposals by Craven District Council to bring CCTV into licensed vehicles by January 1, 2022, at the expense of drivers was unjust.

“Craven District Council’s licensing committee must think taxi drivers are made of money by making drivers pay for something they don’t want and the general public don’t want,” he said.

“As a taxi driver myself, times have been very difficult over the past 18 months with very little or no money coming in to pay general household bills.

“We have had no help whatsoever from the council; whereas in other council districts there has been free badges, free plates, hand sanitiser, the list goes on.

“A camera costs approximately £500 – an amount that most of the drivers do not have as we are still trying to catch up on our bills like everybody else in the country.

“The taxi fares have not increased in the last 10 years, and the cost of living has gone up largely, such as council tax, price of cars, the list goes on and on.”

“In response a spokesperson from Craven District Council said: “The council approved the CCTV in taxi scheme as it will provide a safer environment for the benefit of drivers and the public.

“This was done after we consulted widely with the trade and the public over several years. The primary responsibility of the licensing committee is to protect the public and that guides all our policies. The cameras should be a deterrent to crime and recorded footage can also assist the council and the police should an incident or complaint occur.

“The council has delayed the scheme three times after listening to feedback and concerns from the trade and taking into account the financial impact of the pandemic.

“However, when the scheme was recently brought back again it was agreed all licensed vehicles should have CCTV .

“A Hardship Policy has also been agreed and all licence holders have now been written to advising them that they could apply to delay implementation if they could demonstrate extreme hardship.

“The hardship scheme is not a funding scheme but does allow licence holders time to save up for the cost of installation.”