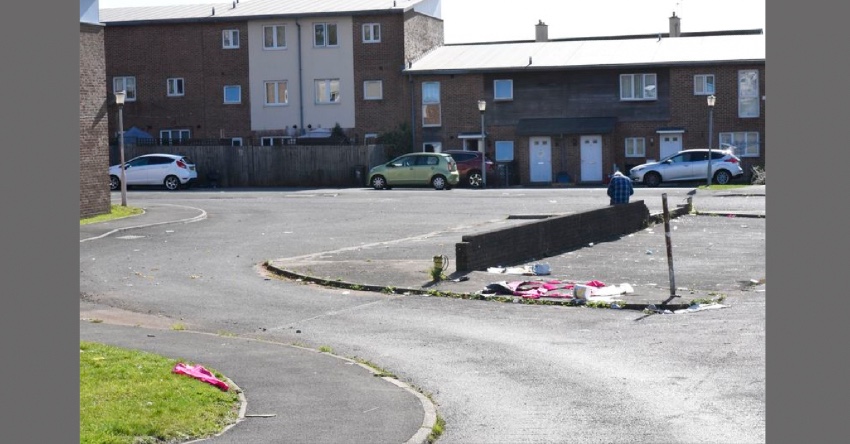 Residents and business owners at an estate in Newport, Gwent, have said they are living a nightmare because of problems with drugs and anti-social behaviour which have led to some city taxi and bus drivers refusing to go there at night.

According to WalesOnline, in Alway, which is one of the most deprived areas of Newport in the east of the city, people have described how they are struggling to leave their homes for work because public transport won't go there after 7pm.

Mohammed Iqbal, who has worked at Alway fish and chip shop in the centre of the estate for 31 years, said the problem was worse now than it ever had been. He said he often had stones thrown at his window and cans and bottles repeatedly kicked at his property.

Mr Iqbal explained: “It has had a big impact on business because when we have ten or so people gathering outside the kids don’t come, the parents don’t come - because they are intimidated. It’s all the time. I called 999 on Saturday because I was scared the windows would go through.”

Traders have told stories of youths ringing taxis and waiting for them to arrive before ripping stickers off the vehicles and throwing stones at them.

Karen Clare, who also lives on the estate, posted on social media a picture of a vehicle she was in having been vandalised.

“It has been going on for some time and it appears taxis and buses are the main targets,” another resident, Michelle Davey, said. “But others have had their cars damaged and have nearly crashed. I can see someone being seriously hurt soon.

“I rely on taxis for my journeys from work and some companies will not come into Alway.”

Traders in the area have received a letter from the police informing them they will have more support to help combat crime in the area affecting their businesses, and a dispersal order is now also in place for the estate, but many have said much more needs to be done.

Every window in the old vicarage next door to Saint Teilo’s church has been smashed and they are all now boarded up. People living nearby told of watching hooded vandals throwing bricks at the house for days before each window was wrecked.

The residents, who said the area was “rapidly turning into a no-go zone”, said issues of anti-social behaviour and drug use needed to be publicised, but added that they were too concerned of the repercussions should they speak openly about the problems in the area.

Malcolm Robinson, 77, who has lived on the estate for 13 years, said: “I dropped my keys and didn’t realise. That night someone got in the car with the keys and crashed it. I’ve had the car scratched too. It’s terrible around here. It’s not just that - there is open drug dealing outside here,” he said, pointing towards the front of his house.

Asked what he thought about a dispersal order for the area giving police extra powers to deal with anti-social behaviour, he said: “I don’t think it will make a difference.”