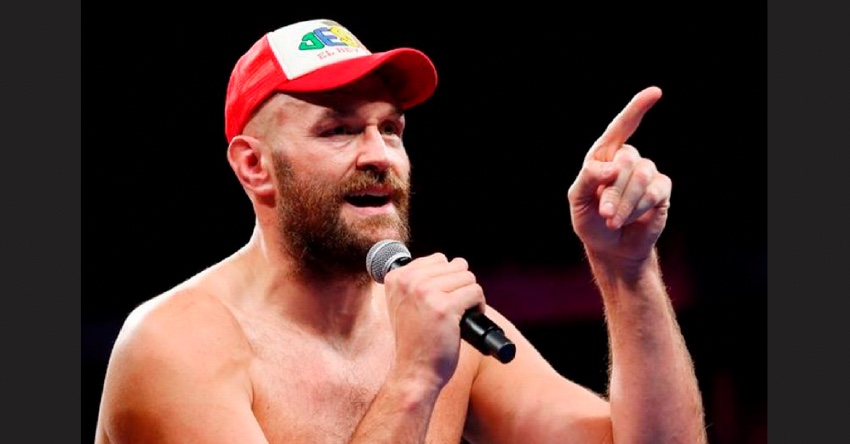 Heavyweight world champion Tyson Fury opted to make the 244-mile journey home to Morecambe from London by taxi after landing back in the UK.

According to LancsLive, the Gypsy King flew from Las Vegas to Heathrow via Atlanta on Monday 11 October, after spending 24 hours celebrating his stunning victory over Deontay Wilder.

The father-of-six was due to catch a plane on to Manchester but instead called a taxi with one company offering the four-hour journey for £261.

Fury was returning home to the Lancashire town where he was to be reunited with his extended family including his dad and six kids.

His younger brother Tommy had earlier had a travel nightmare of his own when he had to take a taxi from Las Vegas to Los Angeles because there were no available flights, the Mirror reports .

Fury's celebrations ran long into Saturday night at Hakkasan nightclub, which is located inside the MGM Grand casino.

The heavyweight champion entered the club to his ring walk song - AC/DC's ‘You Shook Me All Night Long’.

The event was hosted by globally recognised DJ Steve Aoki with Fury and his entire team special guests in the resident DJ’s booth.

Paris, Fury's wife, posted videos on social media of her triumphant husband partying, downing an £800,000 bottle of vodka before he led the crowd in singing 'Sweet Caroline' whilst topless.