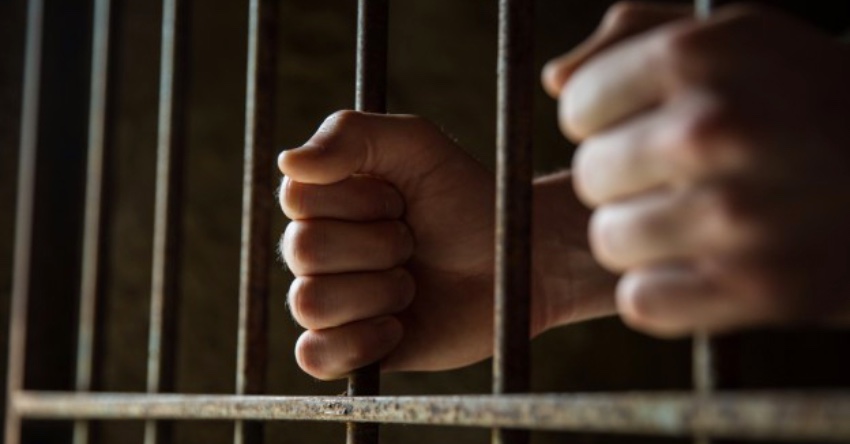 A man who launched a “savage and unprovoked” attack on a taxi driver has started a nine-month prison sentence.

According to BelfastLive, Jonathan Houston, 44, punched the driver several times in the face and head before breaking off the taxi’s wing mirror and using it to continue the assault.

As he sentenced the oil rig worker at Belfast Crown Court, Judge Neil Rafferty QC branded the incident as an attack on a “defenceless person who didn’t even get out of their car”.

Judge Rafferty imposed an 18-month sentence on Houston, from Belfast, after he admitted wounding the taxi driver on March 3, 2019 and threatening to kill him during the violent incident.

The sentence was divided equally between prison and supervised licence.

At around 10am on the day in question, the taxi driver was stationary at red lights when he felt a slight bang to the back of his car.

He saw a female in a jeep behind him and got out of his vehicle to talk to her, but she drove on.

The taxi driver followed her and when she was stopped in traffic on the Donegall Road, he approached the jeep and shouted through the window ‘I think you just hit my car back there’.

She denied this, drove off again and at that point he took her car registration which he gave to police.

The driver went back to his depot and after examining his car, he noted damage to the rear light and sensor.

Having satisfied himself that the car was safe to drive, he went back to work - but was called back to the depot after the dispatcher told him there was a man waiting to speak to him.

He arrived at the depot and was parking his car when he was approached by Houston, who pulled open the driver’s door and launched what Judge Rafferty described as a “savage and unprovoked attack”.

As Houston administered punches to the head, he said ‘you were chasing my girl in the car, telling her she’d crashed’.

The taxi driver felt something sharp strike his head, which was caused by the wing mirror which Houston broke off and used as a weapon whilst shouting ‘I’ll f*****g kill you’.

Judge Rafferty said: “The injured party kept his hands up in an attempt to protect himself throughout, but was effectively trapped and at the mercy of the defendant, who eventually ran off.”

The bloodied and battered taxi driver was taken to hospital, where he was treated for lacerations to his head and other facial injuries.

The jeep’s vehicle registration was circulated by police and Houston was located at a house in the Donegall Road area.

Officers noticed blood smears around the front door of the property, Houston was arrested and during an interview he refused to answer police questions.

Defence barrister Michael Boyd said Houston was “remorseful, embarrassed and apologetic” about what happened when he “completely lost self-control”.

Judge Rafferty said that whilst he accepted the incident was a one-off and that Houston was an otherwise industrious and hard-working man, the attack was so severe that it warranted a prison sentence.

He said: “Not satisfied with fists, the defendant broke off the wing mirror and then used that as a weapon.

“The fact that the injuries were soft tissue lacerations rather than more serious injuries is not for the want of trying on the part of the defendant.”

As Houston was being taken by prison staff to begin his nine-month jail term, he was told by Judge Rafferty: “I fully appreciate it was two and a half years ago but unfortunately what you did was so serious that only an immediate custodial sentence is appropriate.”