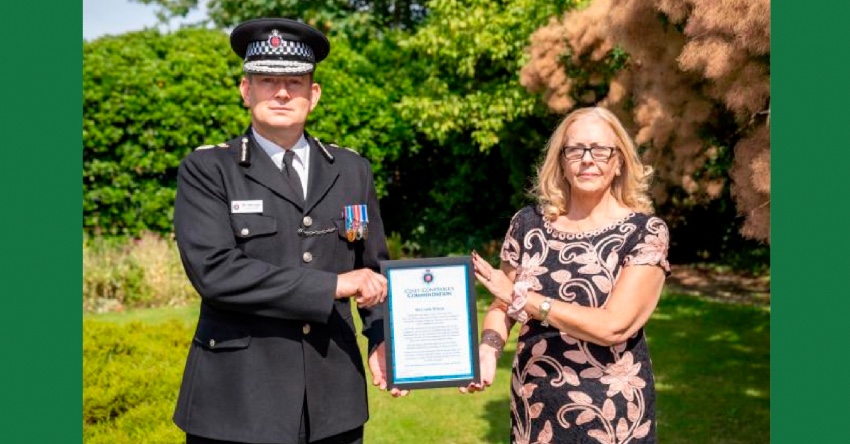 A taxi driver who intervened to take a dangerous driver's car keys was subjected to a brutal attack and left with life-changing injuries.

According to the Basildon Echo, Lynda Wilson has received a Chief Constable's commendation for courage and bravery after her public-spirited actions led to her receiving serious injuries.

She was working as a taxi driver in Basildon when she saw a vehicle that had stopped in the middle of dual carriageway at 3.15am. The driver was slumped over the wheel.

Lynda parked and approached the car. Inside, both the driver and his female passenger were clearly intoxicated.

When Lynda reached inside the car and removed the keys, the man behind the wheel became aggressive and subjected Lynda to a brutal attack, knocking her unconscious.

Lynda said her attacker “went mad and used my head as a football”.

She added: “I can remember him saying, ‘Give me my car keys.’ I said, ‘No. If I give you the car keys, you’ll kill someone.’

“He said he’d give me to the count of three. I remember him saying ‘One’. The next thing I knew I was on the floor.

“I was left in the middle of the road, I couldn’t move. I was trying to get to the curb. He got back in his car and he was laughing and revving the engine. I thought he was going to run me over, but he didn’t, and he took off.”

Lynda’s hip was broken in the attack in December 2018 and she had to have a full hip replacement.

She still has a scar on her head from where her attacker stamped on her.

The information she provided to officers directly led to the suspect being apprehended two hours later.

Despite her injuries, Lynda has no regrets about intervening.

She said: “People who drive after drinking or taking drugs aren’t the always the ones that end up getting hurt, it’s other people.

"My kids would say I’m foolish, but you don’t think about that at the time. Looking back, I’d do it again.”

Lynda was awarded her commendation by Chief Constable Ben-Julian Harrington at a ceremony at Essex Police headquarters.

Mr Harrington said: “Lynda’s bravery was incredible and led directly to the arrest of a dangerous individual. She put herself in harm’s way and sustained serious injuries in attempting to protect the lives of others.

“As Robert Peel said, the police are the public and the public are the police, and Lynda thoroughly deserves this recognition for her public-spirited actions.

"Her family and friends should be extremely proud of her.”