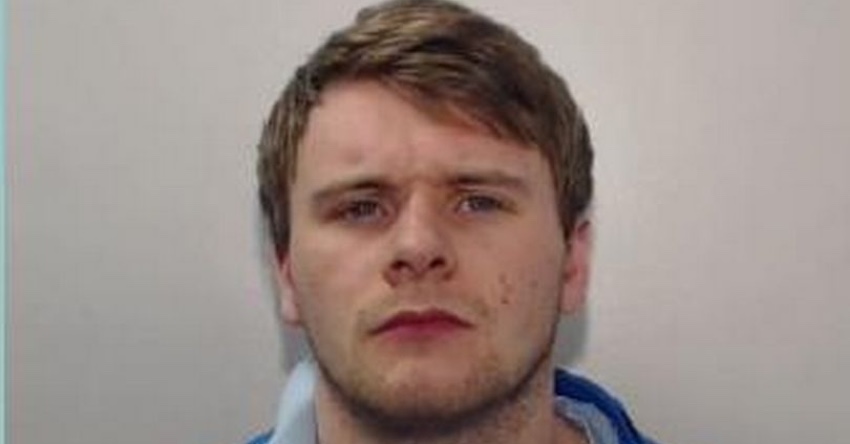 A burglar caught a hackney cab as a getaway after he raided a house - then 'pulled out' a knife during a row with the driver over the fare.

McCullough, 34, from Altrincham, pleaded guilty to burglary, causing damage to property, possession of a bladed article, making off without payment and a public order offence.

Greater Manchester Police said McCullough became 'embroiled in an argument with the driver' over the cost of the fare during his getaway.

In a statement, GMP said: "During the argument McCullough became aggressive and pulled out the stolen knife, before kicking and smashing the rear window of the car in an attempt to escape.

"The driver was able to flag down a passing police vehicle informing officers that McCullough was in possession of a knife.

"He was subsequently pursued on foot before swiftly being detained and arrested by officers nearby.

"Officers were then able to recover the knife and a black bag which contained two of the stolen laptops."

During interview with officers, McCullough confessed to having burgled the house on Moss Lane in Hale, Trafford, on Sunday, June 13, fleeing the property with items including a knife, laptops, credit cards and an iPod.

The knife he stole was the same one he produced in the taxi.

After the burglary, he got in a cab at a taxi rank at Altrincham railway station and told the driver to take him to Barton Dock Road, Stretford.

It's understood the driver wasn't injured.