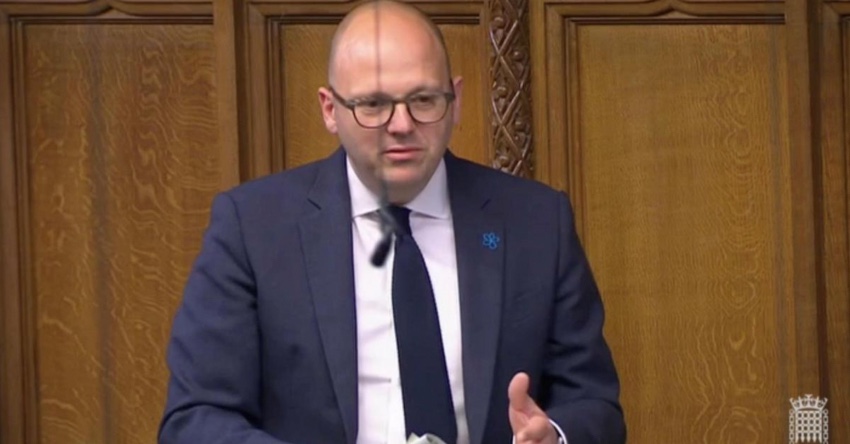 Barrow's MP has singled out a taxi driver in Parliament as he praised cabbies for their work during the pandemic.

According to the North West Evening Mail, Simon Fell praised Lee Smith, of 24/Taxis, on the floor of the Commons during a debate on taxi licensing.

Mr Smith was put forward by the MP as the representative for Barrow and Furness in the Parliamentary Taxi awards after a flurry of nominations from constituents.

Mr Fell spoke during debate on the Taxis and Private Hire Vehicles Bill, which would make it mandatory for councils to access vital background information about drivers seeking a licence in their areas.

Speaking in Parliament, he said: “I was privileged to attend the Parliamentary Taxi Awards, through which we heard incredible stories of the role that these vehicles and their drivers play in keeping our communities together.

“They have done remarkable things all through Covid, from picking people up from hospital to picking up their prescriptions and carrying their bags to the door.

“It would be remiss not to name Lee Smith from 24/7 Barrow who won the award for Barrow and Furness.

“Licensed hire vehicle drivers are a key part of our community, and it is essential that we do what we can to strengthen them and give the community faith in them.

“The Bill goes a long way towards that.”

Put forward by Conservative MP Peter Gibson, the Bill aims to make sure information is shared across authorities to stop taxi drivers whose licence has been revoked in one area from gaining one in another.

Mr Fell added: “The Bill takes a crucial function and makes it universal so that if someone has been disqualified from driving a licensed hire vehicle, that passes on across all local authorities.

“It also means that people will have confidence in the private licensed hire vehicles they are getting into, which is a key point.”

A number of taxi drivers in Barrow adapted to the challenges brought by the Covid pandemic by doing more to help the community.

During lockdown, firms in the town took to taking staff to hospital and delivering food to vulnerable people.