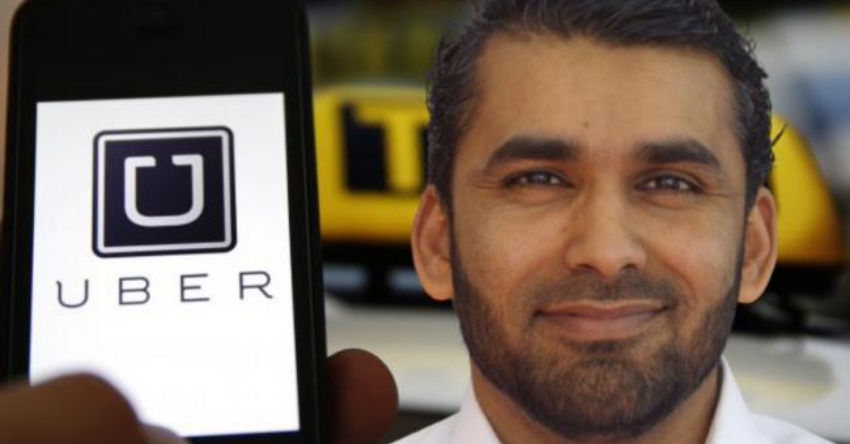 A father has spoken of his ordeal after being falsely accused of sexual assault by a passenger in his Uber.

According to The Argus, a review of CCTV inside his car found driver Islam Rushdi, 39, was the victim of a false accusation.

"I think they should be punished for making this false complaint," said Mr Rushdi, who lives in Hove and has three children.

"This is one of the most serious allegations you can make about someone, next to murder and rape.

"I feel I'm very lucky because my CCTV was working."

The female passenger was taken from university halls of residence in Lewes Road, Brighton, to a 24-hour shop in Richmond Parade on July 31.

She returned from shop, got back into the vehicle with some bread and was taken back to the accommodation.

Mr Rushdi was later told by Uber she had claimed he had touched her leg after locking the car doors.

This claim was passed on to the licensing team at Brighton and Hove City Council, which reviewed footage inside the car.

A licensing enforcement officer then emailed Uber saying that he could " confirm that the allegation is false and probably just made to get a refund of the fare paid".

He said Mr Rushdi should be reinstated as soon as possible and the permanent record of the complaint should be expunged from his driver record.

Uber did not reactivate his account until August 27, nearly a month after the false allegation was made.

Mr Rushdi and his family said they were "denied an income" during this time and were struggling to keep up with specialist vehicle financing and insurance.

"If I had no CCTV in my car, I would have been done," said Mr Rushdi. "My car is on finance, I rent the house, I have three children, bills to pay, loans, so many things.

"It's not fair at all that if someone complains that your account will be blocked without an investigation.

"The council reviewed the CCTV within three days, but they blocked my account a month."

Brighton and Hove City Council said: “We always investigate as quickly as possible any serious allegations made against local taxi drivers.

“Taxis have CCTV installed in them these days. In this instance we were able to review the footage very quickly and respond to the company that contacted us.

“In this instance we did not consider it appropriate to notify the police.”

The App Drivers and Couriers Union (ADCU) said: "Too often private hire drivers are victims of false and vexatious allegations from customers seeking an easy refund. False allegations of a sexual nature can destroy lives, drive people to ill health and in some cases can lead to suicide.

"Uber management openly admit that while they know passengers do make up false allegations with the motive of securing a dishonest refund which Uber deducts from driver's wages, they nevertheless err on the side of believing the passenger.

"Brighton and Hove Council must now step in and review Uber's security procedures in partnership with trade unions to ensure passengers and licensed drivers are properly protected."