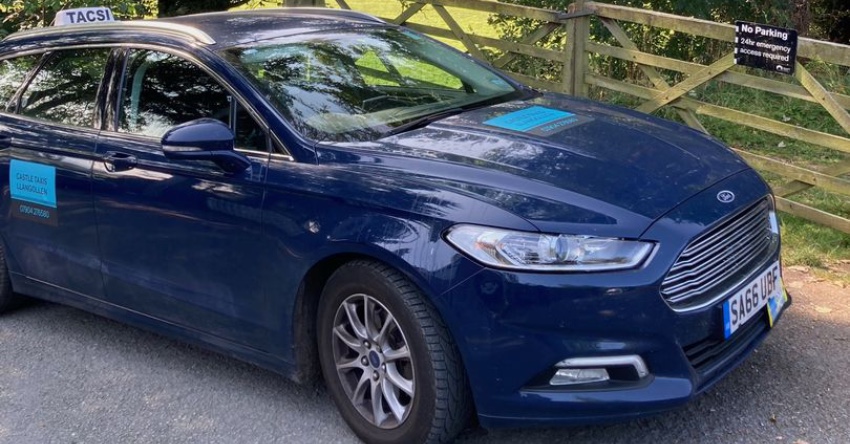 A taxi driver has been hailed a hero after coming to a woman’s aid after she collapsed.

Hywel Evans who owns Castle Taxis in Llangollen, was called in desperation last night around 7.45pm, when a passer-by came across a woman who had collapsed on the Llandyn tow path next to the canal.

It’s understood the woman had travelled on her canal boat from Milton Keynes to Llangollen and was trying to walk to the town on the tow path before she became unwell.

“I knew the tow path and so understood it was going to be tricky to help her,” said Hywel.

“My job was to try and pick her up in the car and take her to Wrexham Maelor Hospital."

He continued: “If someone is in need then of course I’m going to try and help. I would like to stress it wasn’t just me helping out, an off-duty paramedic and a doctor, who were members of a local running club were also assisting.

“Local dog walkers were also helping, so it was a community effort.”

He continued: “Reversing down the steep bank in my Ford Mondeo was a little tricky, and I had to have two goes in trying to get it back up again.”

Hywel took the woman to hospital, and it’s unknown what her condition is.

One of the people who were at the scene put a post on the Llangollen community Facebook page hailing Hywel as a hero.

She posted: “Many thanks to the excellent Castle Taxis for helping rescue a lady who collapsed on the tow path this evening. The ambulance couldn’t come for three hours, so Castle taxis came to the rescue, reversing down a steep bank and a further couple of hundred metres of tow path, to pick her up. Above and beyond the call of duty!”

Many people commented on the page praising Hywel for his efforts.

One gentleman posted: “Wonderful service from Castle Taxis- this is what our country needs. People who care and go over and beyond to help those in need. God bless you. I now know who to call when I need a taxi.”

Another said: “That’s what you call a community. Well done Hywel, you are a star.”

Liz Wedley, Ambulance Operations Manager North, for the Welsh ambulance Service said: “At the time of this incident we were in a period of very high demand and faced with several ‘red’ calls (our highest priority) in the area combined with resources being delayed in handing patients over to hospitals across North Wales.

“We thank those people who so kindly supported the patient and arranged taxi transport for her.

“In this instance, being sympathetic to our resources and taking the decision to attend the emergency department by other means was the correct course of action.

“We also extend our thanks to the taxi company and send our best wishes to the patient for a full and speedy recovery.”