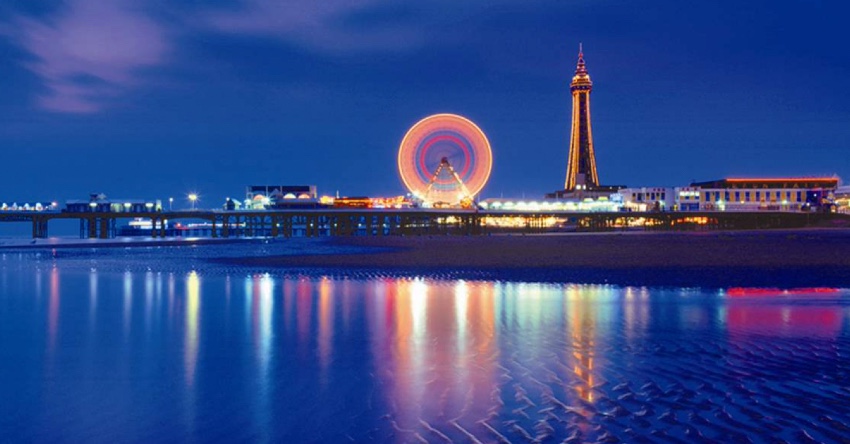 Blackpool party-goers are facing long walks home – after a shortage of taxi and PH drivers has hit the resort’s famous night-time scene.

According to LancsLive, reports say one operator which usually has 100 drivers on the roads after 8pm on a Saturday during the season, now only has 50.

Now council chiefs are introducing measures to make it easier for firms to recruit new drivers, while taxi marshals have been employed to control queues in Queen Street.

The lack of cabbies has been blamed on drivers finding alternative jobs during the Covid pandemic and not returning to the industry.

Meanwhile potential new drivers faced costs of up to £800 to get their badge, which many cannot afford.

Dee Grant, a director of one of Blackpool’s biggest taxi firms C Cabs, said they had lost 200 out of the 500 drivers on their books before the pandemic.

She said: “While there was still work for the day drivers, the night drivers have moved onto jobs with Amazon, Tesco and the like.

“On a Saturday night on Queen Street it’s like Beirut because people get angry if they can’t get a taxi and in Blackpool they’ve always been used to getting taxis easily.

“It’s also been difficult for out office staff getting abuse from people who are waiting.

“It’s a problem all over the country, not just in Blackpool. We’re now running a big recruitment drive to attract new drivers. and we’re offering a £300 bonus to new drivers who join us to drive evenings.”

Ian Wharmby, MD of Black Tax, said their taxis had stopped going down Queen Street after one was attacked a and had a window smashed,

He said: “On Friday and Saturday nights if people are out late, they can’t get cabs and are having to walk home.

“A lot of drivers left last year and they have other jobs and are not coming back. The drivers we have are working non-stop, so you can make some good money from it. ”

He added: “Some security has been put on Queen Street but we have stopped cabs going down there and are picking up at the library instead.”

Now all the taxi companies are calling on Blackpool Council to relax the rules for applying for a taxi licence so they can attract new drivers more easily.

John Cutler, MD of Premier Cabs, said: “We need more consultation from the council with the trade on thisas recruitment is difficult at the moment.”

The council has now agreed new drivers can apply for a one-year licence at a cost of £90, instead of needing a three year £250 licence.

It is also reviewing training requirements for new drivers which can cost up to £380.

A report by the licensing service says: “The pandemic situation has detrimentally impacted the taxi and private hire trade to the extent that trade is currently experiencing a significant reduction in the number of available licensed drivers.

“In response to the current situation it is proposed that the council re-introduces a one year driver’s licence for new applicants at a cost of £90.

“At the moment the requirement for the three day training course has been suspended while the wider policy review is under way.”

The council confirmed taxi marshalls are operating on Queen Street, Dickson Road and Market Street on Friday and Saturday nights and were also out on Sunday for the bank holiday weekend.