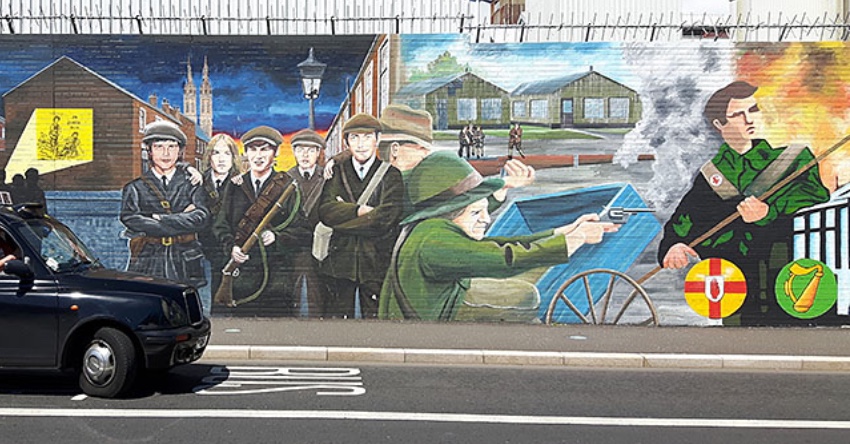 A Belfast taxi driver has claimed that flooding the market with more drivers will not solve the shortage of taxis in the city, especially at weekends.

According to BelfastLive, the driver, who did not wish to be identified, was speaking after one of Belfast’s biggest taxi firms revealed it turned down 70% of customers recently because they did not have enough drivers.

Fonacab boss William McCausland said his firm was forced to turn away almost 3,000 customers and had to switch off its app in addition to rejected telephone bookings as it struggled to cope with demand on a recent Saturday night.

Fonacab has over 400 fewer drivers compared to before Covid-19, which has exacerbated the issue as many have found employment in other industries.

Two months ago the Belfast firm said a shortage of new drivers, combined with the numbers leaving the industry, had left them at crisis point.

Taxi drivers are on average older than other employment sectors and many have chosen to retire early, the firm added. It has also blamed the other difficulties faced by those wanting to enter the profession, including insurance and licencing costs. T

axi bosses have appealed to Infrastructure Minister Nichola Mallon to review their regulated fares and to ease the requirements to gain a taxi driver’s licence in order to get more drivers into the industry.

The taxi driver told Belfast Live: “We all know there have been issues over the past number of weeks in terms of driver shortage but it’s not the whole story.

“The main problem lies with DfI which has let the industry hang and while we did get some financial support towards the end of last year, it came far too late.

“During lockdown many drivers went to the wall rather than retired as has been said because they weren’t getting the normal jobs they previously relied upon to survive.

“I was lucky in that I took on repair and delivery jobs to tide me over and bring in an income but some others can’t reapply their skills in the same way.”

Turning to the costs involved in working in the industry, the driver said: “I end up doing 14-hour shifts at weekends, which I know I’m not supposed to do, but you’ll never survive the normal working week costs in this industry, which can be around £450.

“You have to make that up at the start of every week to clear yourself and then earn your take home wage to pay your normal household bills.

“In reality we’d need to be lifting anywhere between £900 and £1,500 a week and a 40-hour week has never covered that amount nor will it ever.

“So if you flood the market with more drivers that will undermine everything and it doesn’t sit well with us as drivers as we know what will happen.

“Insurance costs and car payments will start to bounce and maintenance will start to slip because business will be dead with more drivers on the road and so you don’t have the money.”

The driver said many in his profession are also fearful of returning to work while Covid rages on. “Of course it’s true that drivers have left the industry and some will slowly filter back but only when they feel that it’s both safe and there’s an income there.

“Some drivers have opted to retire but others are also afraid about having to confront people about continuing to wear masks in their cars while the Covid numbers remain so high here.

“We’re still at severe exposure with multiple people getting in and out of our vehicles several times a day.”

He added: “Most nights recently with the return of live events have seen thousands on the streets and at any time, there will never be 10,000 taxis sitting outside waiting for all those people.

“It’s a supply and demand issue at weekends at the moment but not during the rest of the week.”

DfI has said the taxi sector has received £16.7m in both financial and regulatory support during the pandemic and its officials will “ continue to work closely with industry representatives during this difficult time”.