DARLINGTON RANK BECOMING LIKE ZOMBIE APOCALYPSE DUE TO DRUNK REVELLERS 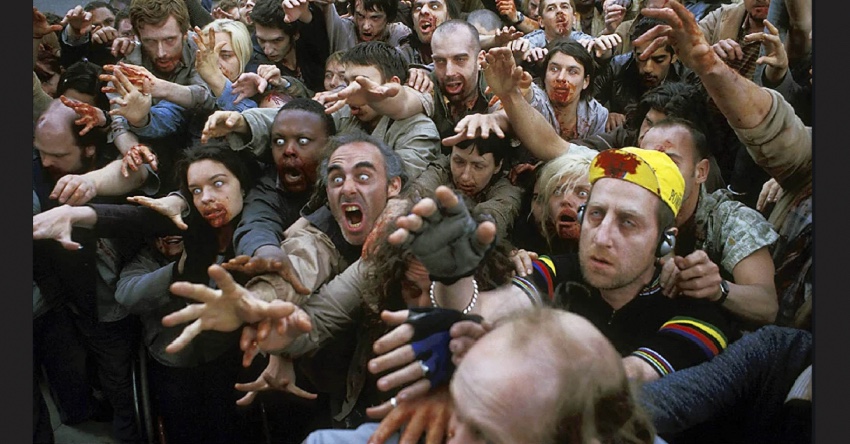 Darlington Council says it is considering employing a taxi marshal in a busy Darlington road as one driver claims the rank has been like a "zombie apocalypse" in recent weeks.

According to TeessideLive, taxi drivers have spoken out about the "dangerous" situation developing in Grange Road on weekends as people who've been out in the town try to get home.

They've reported people running into the middle of the road, slamming taxi doors and groups of lads pushing in front of lone women as the queue grows in the town.

Gavin Ellis, who has been a taxi driver in Darlington for 30 years, said: "On Saturday it was becoming quite dangerous with people running into the middle of the road.

"There were groups who were striking the doors. I was trying to get to the people at the front of the rank who were waiting normally.

"Then there were those who were intoxicated that are just wandering out into the middle of the road trying to stop taxis.

"There's nobody there to keep them in check."

Another taxi driver has said he wouldn't return to Grange Road as the situation was becoming "too dangerous".

Gavin added: "It started a few weeks ago but it is getting to the situation where several of the drivers won't even go anywhere near that rank.

"They fear for their safety and the safety of their vehicle.

"I would like to see Darlington Council put some marshals there. Even when two police officers were there, people took notice and behave themselves unlike when there's no one to put them in check.

"It's like a zombie apocalypse - they're just drunk and in the middle of the road."

As families and friends head out following months of restrictions, the public are being urged to be mindful that queues for taxis may be longer as the driver shortage becomes a national issue.

A spokesman for Darlington Council said: "We are aware of calls for taxi marshals in Grange Road and this is something we are considering.

"Unrest in the queues for a taxi has been linked to longer waiting times at the rank at peak hours due to a shortage of drivers.

"We are working with the police to address this issue and urge late night visitors to use restraint and respect other town centre users and drivers."