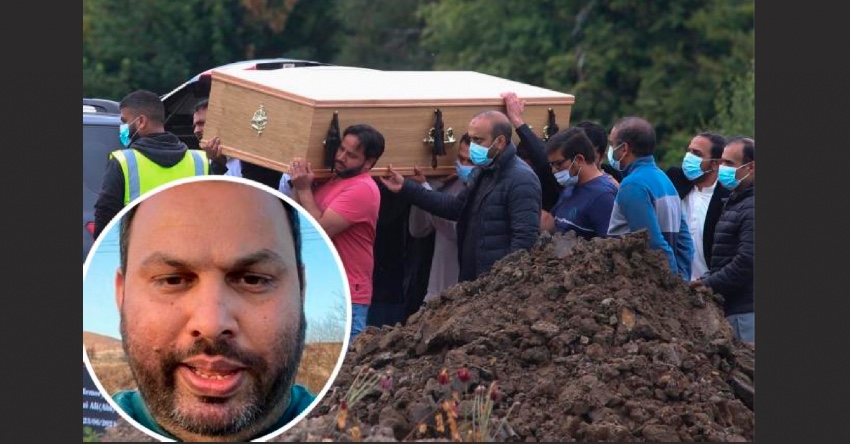 Devastated taxi drivers have paid tribute to their “fallen colleague” after his recent tragic drowning.

The Glasgow Times reports that cabbies turned out at Linn Cemetery Extension in the south of Glasgow on 3 August to honour Muhammed Asim Riaz with a “driver’s salute” at his funeral – a guard of honour for their colleague and friend.

Riaz lost his life after getting into difficulty at Pulpit Rock, Ardlui, on 24 July. His friend Edina Olahova, 29, and her nine-year-old son Rana Haris Ali were also pronounced dead on the scene.

A small group of App Drivers and Couriers Union (ADCU) committee members who knew the 41-year-old personally spoke fondly of his memory, with the grey day matching the solemn mood of the occasion.

Organiser of the “driver’s salute”, and member of the ADCU, Eddie Grice, knew Riaz and had only been working with him the week before the tragic incident.

He said: “He was a nice hard-working guy. He was respectful to everyone, and to be honest he was quite quiet. He didn’t give anyone any hassle.”

Those who arrived at the cemetery around 3pm, had also attended their local mosque beforehand to say their prayers.

Grice and several other drivers, including some who didn’t know him personally but wanted to pay their respects, waited just outside the cemetery for the funeral car to enter.

Once those who had made the journey from the mosque to the cemetery had all arrived, Grice and the rest of Riaz’s colleagues from the ADC Union followed closely behind.

Grice added: “We’re standing in solidarity with a fallen colleague. When we heard the news, a lot of us knew him personally, so it shook us. Today we stand together.

“We are here to support each other, and to hold each other up.

“In times like this, when the worst happens, we will try to support each other and his family, and we would like to offer his family our thoughts and prayers.”

A fundraiser has also been set up for Riaz’s family, which has surpassed its initial target of £2,500.