CABBIE CAUGHT WITH OVER £33,000 IN CASH IN HIS CAB IS SPARED JAIL 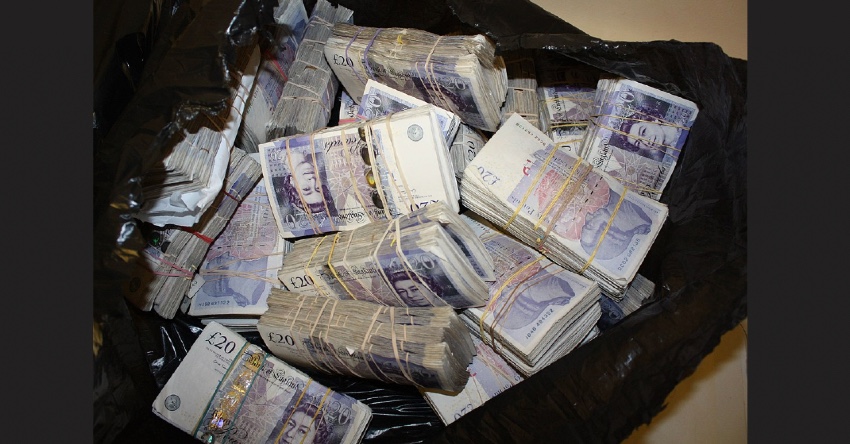 A cabbie caught with more than £33,000 in cash in the back of his cab after police set up a sting operation on a Perth housing estate, has been spared jail.

The Daily Record reports that Perth Sheriff Court was told that the undercover surveillance was planned to combat drug dealing masterminded by an organised crime group from Liverpool.

A team of four officers kept watch on a string of shops in Darnhall’s Glengarry Road - and it led to the arrest of 58-year-old David Worley.

But he escaped a custodial sentence on Wednesday 28 July after his lawyer said “undue pressure” had been exerted on him by the criminal fraternity.

Sheriff J. Craig McSherry also noted that he was a first offender and imposed a high-end community payback order as a “direct alternative” to time behind bars.

Worley will have to complete 300 hours of unpaid work in the next 18 months after he admitted contravening the 2002 Proceeds of Crime Act.

He admitted that on September 10, 2020, he received “criminal property” in the form of cash - and then concealed and transferred it.

Depute fiscal Marie Irvine told the court: “Over a period of months, intelligence was received by Police Scotland that a Liverpool-based organised crime group was concerned in the supply of controlled drugs.”

Worley was the target of the covert operation and he was identified as the driver of a Ford Focus travelling north on the A9, towards Perth.

It then parked near the shops in Glengarry Road and another car - a Suzuki Swift, with two men in it - drove past the Focus.

A man in the Suzuki was “seen to acknowledge” the accused before that vehicle drove into Glenshee Terrace.

“One of the males emerged and walked towards the blue Ford Focus,” added the fiscal.

He was carrying a bag over his shoulder and was seen entering the back of the Focus.

“He exited the vehicle and was no longer in possession of the bag.”

Solicitor David Sinclair said the accused, of Barrymore Road, Liverpool, was a first offender and had driven taxis for 26 years.

“What has occurred is a result of undue pressure being exerted on him. He’s a man who is quite suggestible and easily influenced.”

Sentence on Worley had been deferred for a Community Justice Social Work report and a restriction of Liberty Order assessment and he had been freed on bail.