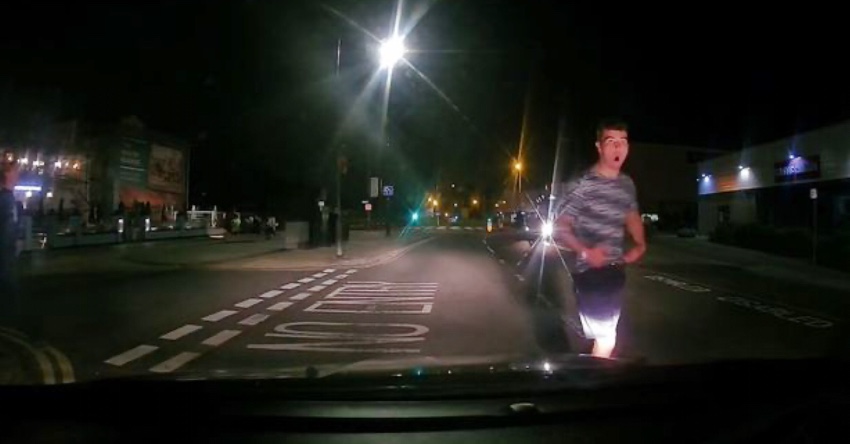 A private hire driver was racially abused after refusing to pick up an illegal fare in Wirral.

The Liverpool Echo reports that the driver, who has asked not to be named, said he was waiting to pick up a fare close to New Brighton promenade in the early hours of Sunday, July 25, when the incident occurred.

He says he was approached by two men who tried to open his locked doors and offered him up to £50 to take them to Birkenhead.

In video footage, which the taxi driver has shared with the Echo, two men can be seen running towards the driver, who can be heard winding down his window and asking the men for their name.

Out of view, one man appears to slur the name 'JD' to which the taxi driver says "no."

The man says "it is" and the taxi driver tells him: "it's for somebody else" but the man says "I promised you I just booked it."

One of the men then offers the taxi driver £40 to take them, with the other saying: "I'll give you fifty quid."

The taxi driver said: "If you give me a thousand pound I can't take it."

The two men continue to plead with the taxi driver to take them to Birkenhead, and when he continues to refuse, one of the men says: "What the f*** I'm sick of p***s mate."

One of the men then walks in front of the vehicle and gestures at the taxi driver, again calling him a 'p***' as another man walks off in the distance.

The two men cross the road as the taxi driver pulls away, and as he drives past them, one of them screams 'p***" again as the driver makes off along the road.

The taxi driver said it was one of several incidents he'd experienced over the weekend as passengers tried to pick up PHVs in the city centre and Wirral.

The driver tsaid "Basically what happened was Saturday night out it was massive problem for people to go back home and many of them [were] left stranded in town until 9am on Sunday morning.

He said: "People were so desperate to get a taxi that they offered me £40-50 quid to take them home even though I am not allowed to do that without booking.

"I refused on a few occasions.

"On one occasion I needed to go through a red light as they wanted to open my car doors.

"On a second occasion they called me p***.

The driver, who is originally from the Baltic region and has lived in the UK for over 20 years, began driving taxis in Liverpool earlier this year and says he has found such abuse to be a regular occurrence.

He added: "Even English drivers get abuse of that kind, makes no difference if you are English or anybody."

He says of the abuse he experiences as a taxi driver: "I feel sometimes sad, sometimes disappointed, but I am not afraid of anyone."