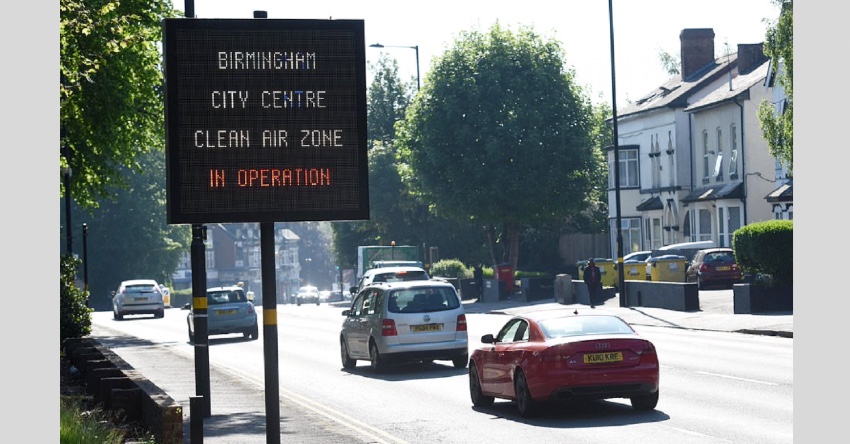 A Birmingham taxi driver says he is facing financial ruin as he earns just £100 a week despite working up to 90 hours.

Mizanur Khan, 42, told BirminghamLive he was forced to rely on his children as he can no longer count on a stable income from his demanding job.

He said a combination of the pandemic and the Clean Air Zone had made the situation dire.

Khan works for a local taxi firm in Kings Heath but uses his own vehicle. A large part of his trade was in and around Birmingham city centre but his polluting vehicle has left him with hefty charges.

After fuel, insurance and CAZ charges, he is struggling to pay his mortgage. He asked not to be pictured but wanted to share his story to highlight the plight of those currently working in the trade.

He joins a growing chorus of cabbies urging  Birmingham City Council to make taxi drivers exempt from the charge.

"Because of Covid there is no business," he said.

"I work seven days a week and I work 12 to 14 hours every day. After taking out my costs I'm not left with anything."

Mizanur lives in Acocks Green with his wife and three grown-up kids and has had to depend on family members for support.

He claimed he was even struggling to get through to the Council to pay his CAZ charges, which be alleged were being levied incorrectly.

"I've been charged twice for the same day. The system is not right," he went on.

He said the Council needed to step up.

"We're carrying the public," he added. "Our job is to get our passengers to their destination safely. We should be exempt from the Clean Air Zone."

A spokeswoman for Birmingham City Council said: "The CAZ will help improve Birmingham’s air quality and the Council recognises that some groups will require more support to make the transition to a clean air city.

"A comprehensive package of temporary and permanent exemptions and £35 million of financial incentives to help individuals and businesses get ready.

"Birmingham City Council licensed taxi drivers can apply for grants of up to £5,000 to help them to upgrade or replace vehicles. And to date over 1,000 drivers have taken advantage of these schemes."