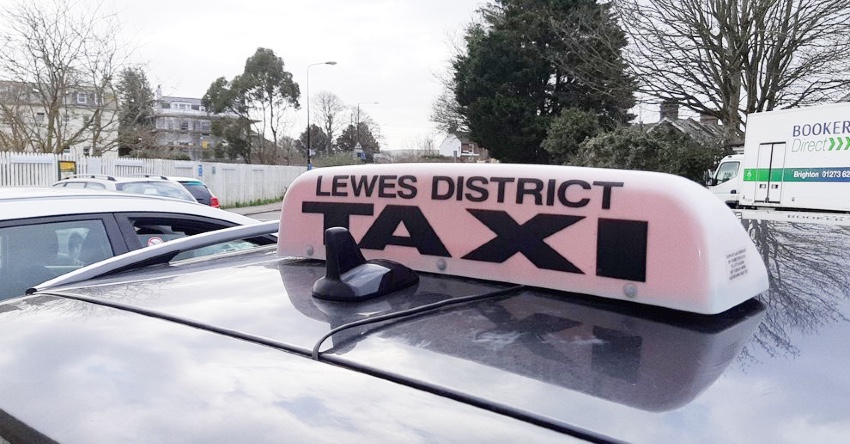 Drivers in Lewes have been left ‘devastated’ after school taxi contracts were awarded to a new firm based in Essex.

The Sussex Express reports that the recent retendering saw East Sussex County Council award most of its ‘one school’ contracts, where one provider supplies all of the vehicles and staff to a school, to 24×7 Limited.

James Kiernan, a Unite member who represents Lewes hackney drivers said drivers only found out the news two weeks ago, when 24x7 Limited representatives came to hand out leaflets at taxi ranks in the area.

Mr Kiernan has had a contract with the same school for 18 months but no longer knows whether this will continue come September. It has been his only source of work throughout the pandemic.

Mr Kiernan has been a hackney carriage driver for around 22 years, but said: “If I can’t secure anything come September, how long I will last in the trade I don’t know.”

Many other taxi drivers are in the same situation, he said.

“They are devastated,” he said. “It’s sheer panic. It’s going to have an impact on everyone, basically.

“Sometimes these drivers, they might start with the children in the infants, and then when they move to seniors they move up with them. They don’t like change, these children.”

While 24x7 Limited is advertising for local drivers, Mr Kiernan was concerned they would not offer secure, long-term contracts, adding that – as it currently stands – the company does not have an operator licence with the council.

Councillor James MacCleary said: “The concerns are around the lack of transparency there’s been in the process. It’s been a bit of a shock the way taxi drivers and councillors have found out.

“It’s the impact not only on the drivers themselves, their livelihoods and their ability to continue operating in the area, but the impact on the children – many of whom are vulnerable.

“It’s very difficult to build up this trusting relationship with a driver who takes them to school or wherever they are going. These relationships are going to be lost.

“That’s quite a reckless risk that the county council is taking.”

In an open letter posted on Twitter, Lewes District councillor Sean Macleod called on the county council to give details of its new school taxi contract.

In his letter, Mr Macleod said: “We need to support our local trade through what has been an extremely difficult and complex 18 months due to Covid-19, and while trade is improving, it will take some time to get back to the level it was before.

“For many Lewes District drivers the school contracts are their bread and butter. They are what keeps the roof over their heads and the meals on the tables.

“But I need to stress Lewes District Council has no say on this whole process and it is fully East Sussex County Council who have gone down this road.

“I want to be clear. I will fight for Lewes District taxi drivers.

“I know drivers think we don’t listen but I hope many realise that I do and I want to continue the good relationship I have gained with the trade.”

The letter goes on to call on the county council to explain why the company, which is based in Essex, was awarded the contract over a more local contractor.

He also called on the county council to give details of how many drivers will be affected by the changes and to offer assurances to parents of pupils who use the taxi services.

When approached for comment, an East Sussex County Council spokesman said: “All of our contracts are regularly reviewed to ensure we continue to get the best value for money.

“Nine of our ‘one school’ contracts have been recently retendered resulting in 24×7 Limited being awarded the seven of these contracts.

“While 24×7 Limited’s head office is based in Essex, their drivers and passenger assistants will be East Sussex-based and will include those wishing to transfer from current providers under TUPE arrangements.

“24×7 Limited has a very good training programme, which is above and beyond what we specify in our contact.

“We will continue to ensure that all eligible children are provided with safe and appropriate transport that meets their needs.