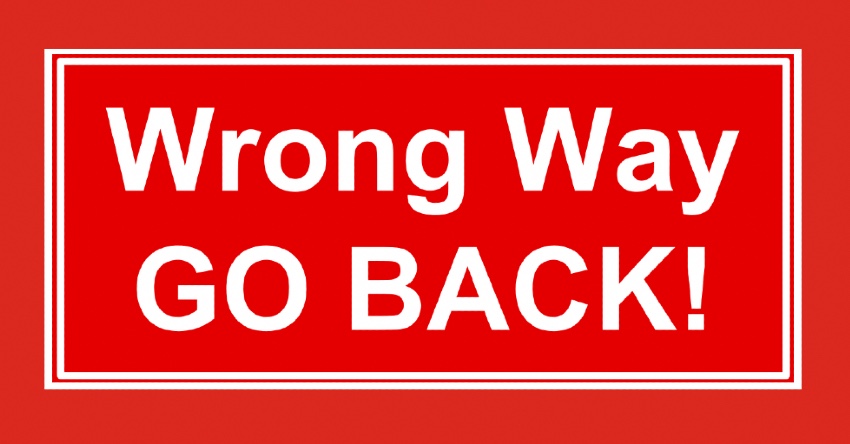 A taxi driver drove the wrong way along the A64 near York at night towards a police car at a combined speed of 140 mph, York Crown Court heard.

Accordiong to the York Press, Mohammed Shakil, 54, was doing 40mph as he searched the verge of the dual carriageway for a fare - and went straight past the police car that was doing 100 mph as it responded to a different incident.

Another police car further on the westbound carriageway brought him to a halt.

Shakil's barrister Taryn Turner said: "He didn't realise he was on a dual carriageway. This was a terrible mistake he has made for which he has paid and will pay a very high price."

Shakil, from Keighley, pleaded guilty to dangerous driving. He had no previous convictions and the taxi firm for whom he had worked for 13 years sent a reference to the court on his behalf.

He was given a 12-month community order with 150 hours' unpaid work and banned from driving for 12 months.

He must also take an extended driving test. He is no longer a taxi driver.

Ms Sherif said police saw Shakil's lights coming towards them at 11.20pm on November 15 on the westbound carriageway near the A1237 Copmanthorpe junction. Although they put on their blue lights, Shakil didn't stop.

After his arrest he told them he had been under pressure to pick up his employer's client.

Mrs Turner said Shakil didn't know the stretch of the A64 near York.

When he saw the first police car it was on his right as he would expect on a single carriageway. The second police car was in the same lane as him.

He had been sent to pick up an elderly couple in a layby close to some services, but wasn't sure where they were and his GPS had gone down.

"It is very much out of character for this man," she said of the dangerous driving. "He had a good driving record."

Shakil was a family man with a good work ethic who wouldn't offend again, said the judge.