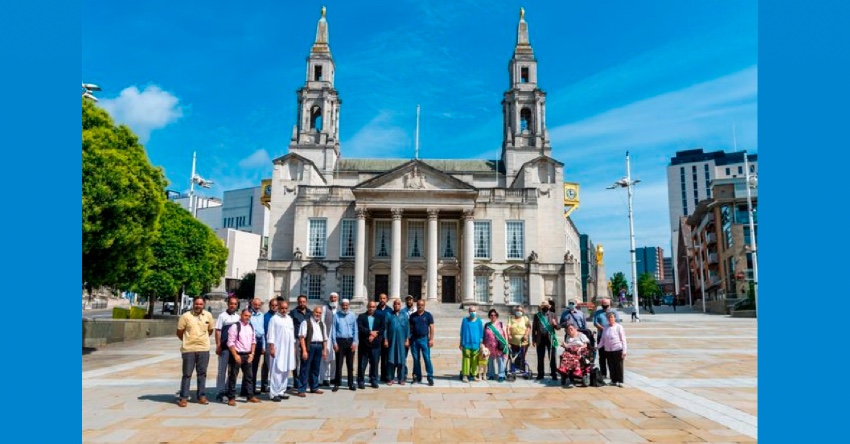 A protest has been held against Leeds City Council's plans to pedestrianise Leeds Station and its surrounding area as part of a £39.5 million investment scheme in the area. Work is due to be completed in 2023.

Cars and buses will no longer be able to use New Station Street, meaning the taxi rank and bus stops will be moved.

The Yorkshire Evening Post reports that taxi services will then be relocated to Bishopgate Street.

Members of the LCC AUAG & Disability Hub protested in Millennium Square on Monday, July 19 to voice concerns about accessibility. More than 50 people attended the protest.

Following the protest, Mary Naylor MBE, Chair of the National Federation of the Blind Leeds Branch and Access Usability Group Member, told the YEP it was "so important" to ensure Leeds stays accessible.

She added: "We are overwhelmed by the tremendous public support for our `Gathering for Justice` and we`ve estimated that around 50 of our members, along with representatives of Unite the Union and Taxi Trade attended.

"It is so important that we stop the removal of taxi ranks in Leeds City Centre, including at the Train station to ensure Leeds stays open and accessible to all our peers who rely on this critical door to door service and we call on Cllrs James Lewis and Paul Truswell to meet with us to better understand the enormous personal costs associated with removing taxi ranks and excluding older and disabled people from our City Centre."

"As part of this, LCC, WYCA and Network Rail developed proposals and LCC gained planning permission to relocate the taxi-rank to Bishopgate Street.

"The proposed move means that people will no longer have to cross a busy road to access the taxi rank, and the number of taxis able to queue at the rank will be doubled compared to the existing facility.

“We understand the importance of taxi ranks to many disabled and older people, and have worked hard to ensure that other key ranks across the city centre which support access to the pedestrian core of the city are retained and improved.

"Throughout this we’ve worked with representatives from disabled access groups who have supported the proposals and helped shape them to address their needs. We will continue to consider any proposals or suggestions to enhance the design further, as we finalise our scheme.”