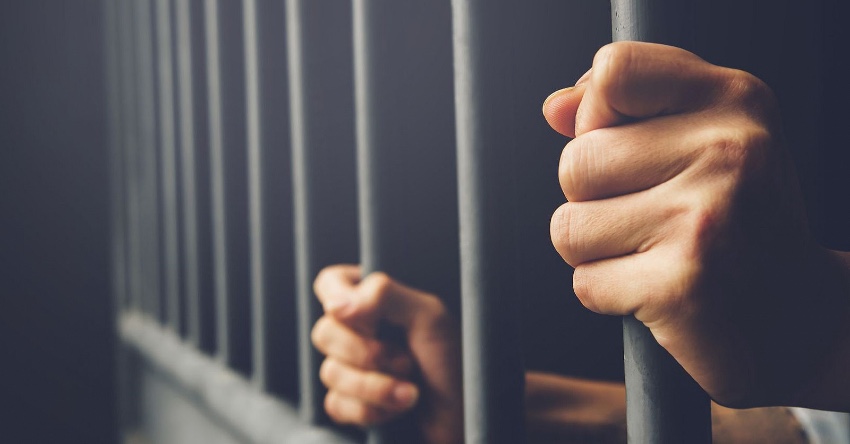 A cab driver was seriously injured and left with a facial disfigurement from a revenge attack in his taxi.

According to the Leicester Mercury, the assailant, Geoffrey Sutton, was said by the prosecution to have issues with the victim, as each had dated the other's ex-partners.

Leicester Crown Court was told that on Sunday September 20 the victim was responding to a job in Hinckley and arrived at the defendant's mother's home.

Ben Gow, prosecuting, said during the journey Sutton began calling the driver names, such as "pathetic" and "coward."

The driver said he did not want any trouble and the defendant's sister tried to avoid further problems by asking the driver to stop and let them out.

Mr Gow said: "The defendant launched at the taxi driver, punching him to the side of his head and began to gouge his left eye with his fingers causing horrendous pain.

"Sutton then bit his nose causing the victim to scream loudly.

"The driver's foot slipped off the brake and the taxi lurched forwards colliding with part of a pedestrian crossing.

The defendant and his two relatives left the taxi.

Passers-by helped the badly hurt victim, whose vehicle was left with £2,000 worth of damage.

He went to hospital with bleeding and scratching on the lining of his left eye, a "penetrating wound" to his nose that is now permanently scarred and disfigured, the court was told.

He had a fractured left eye socket caused by the defendant and a fractured spine resulting from the collision.

He was kept in hospital overnight and later made a personal impact statement describing how he had been mentally and physically affected, unable to work at night, and was suffering from anxiety and being prescribed anti-depressants.

When arrested, 39-year-old Sutton, from Hinckley, told officers: "I just lost my head."

Mr Gow told the court: "There was an element of revenge to this."

Sentencing, Judge Timothy Spencer QC said: "This attack is shocking, it was vicious and can rightly be described as animalistic.

"The victim was doing no more than responding to a request for his services as a taxi driver.

"There's a history of each of you having a relationship with the ex-partner of the other and there was clearly bad feeling on your part."

He said it was difficult to reconcile the defendant's violent actions on that night with "impressive" references from work, family and friends - describing Sutton as hardworking and an excellent father to his two children and partner's three children.

Gary Short, mitigating, said his client's behaviour was "very much out of character."

"Something sparked his behaviour in the taxi and he can't say what that was."

Sutton was jailed for three years and four months.