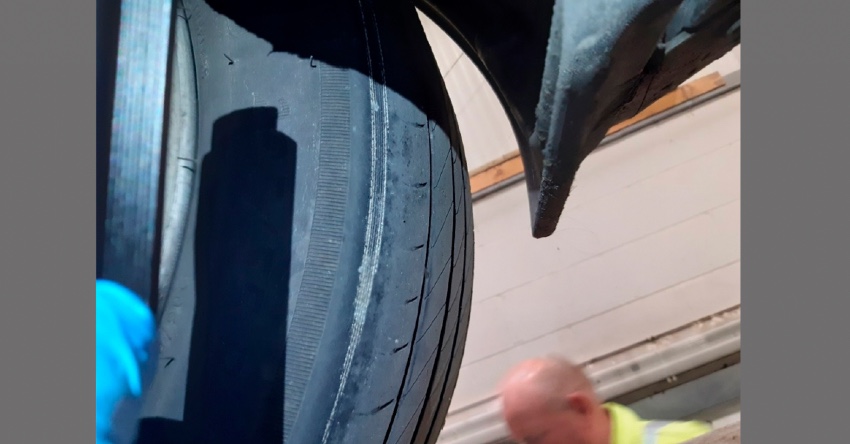 Poorly maintained taxis and private hire vehicles have been taken off the road as part of a joint safety operation.

According to North Yorkshire Police, fourteen out of 16 taxi and PHVs that were inspected were issued with legal notices. The drivers also had their taxi licence suspended.

Faults included tyres that were so worn the inner cords were exposed, fuel leaks and doors that wouldn’t open.

The defects were so unsafe that immediate prohibition notices were issued on seven of the 16 vehicles.

Issues with brakes, wheel nuts, exhausts suspension components were also found on a further seven vehicle during the vehicle inspections in York at the weekend. They were issued with delayed prohibition notices, meaning the faults must be fixed and the vehicle re-inspected.

The vehicles were from various local authority areas, including York and West Yorkshire.

They were stopped by police on roads in York and taken to a Driver and Vehicle Standards Agency (DVSA) inspection site.

It was part of a joint road safety operation involving North Yorkshire Police’s Roads Policing Group, the DVSA and licensing enforcement officers from City of York Council and local authorities in West Yorkshire.

Similar operations are planned in the near future.

Traffic Constable Mark Patterson, of North Yorkshire Police’s Roads Policing Group, said: “It’s shocking that seven of the 16 vehicles we checked were so poorly maintained, we had to use immediate prohibition powers to ensure they didn’t go back onto the road.

“Proper vehicle maintenance is always important, especially for professional drivers who the public trust to transport them safely. There is simply no excuse for neglecting this.

“By working with the DVSA and local authorities, we can ensure anyone who doesn’t maintain their vehicle to the correct standard is detected and dealt with robustly.”