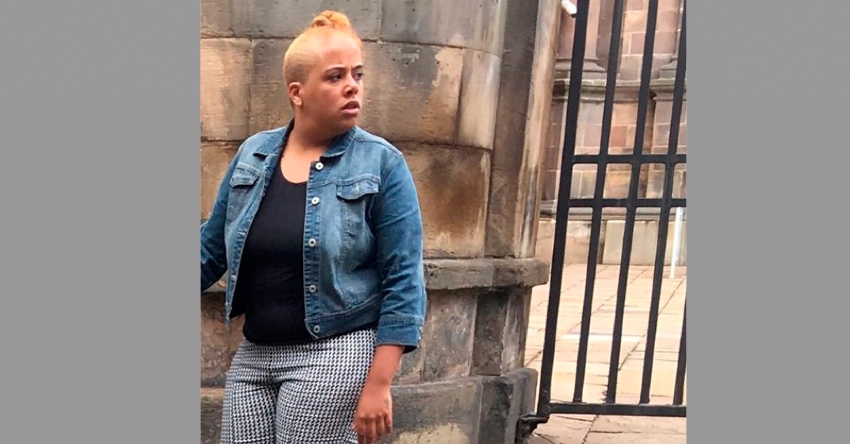 A Derby mum who once accused a taxi driver of being "a terrorist" during a foul-mouthed tirade has committed the exact same offence again.

The Derby Telegraph reports that Cassandra Toland's new offences saw her once more racially abuse and assault a taxi driver on a drunken ride home from a friend’s house.

Southern Derbyshire Magistrates' Court heard how the 27-year-old, from Derby, got into the taxi, visibly under the influence of alcohol, with her young son and almost immediately started using foul language and subjecting the driver to racist comments.

When he asked her to stop swearing, her abuse got worse and continued throughout the journey, where the taxi’s onboard camera recorded a series of insulting racist terms directed at the driver.

When she arrived at her destination, she argued about paying and hit the driver when he tried to ensure she paid, continuing to use racist language.

The taxi driver called the police and Toland was charged, and later pleaded guilty to, racially aggravated assault and threatening behaviour.

At the hearing the prosecution reminded the court how Toland carried out the same offence in 2017.

On that occasion, she was branded “a bigot” by the judge who sentenced her when she swore at that cabbie, who was of Asian appearance, and told him “your type are responsible for the Manchester bomb” before attacking him in his own car.

Then, when she was arrested by the police, she called a female officer “a dirty tramp” and told her the taxi driver “is a terrorist and should not even be in this country”.

Katie Hamill from the CPS said: “Cassandra Toland has shown extremely concerning racist behaviour, using abhorrent racist insults and violence on a man who was just doing his job.

"Taxi drivers perform a valuable public service and should be able to continue to do so without fear of this kind of attack.

“Toland put forward in her defence that she behaved in this way while drunk and would have not done so sober.

"However, the CPS reminded the court of her previous offending to show that this, rather than a one-off lapse, was the sign of a concerning pattern of behaviour that we have treated as a hate crime.

"Alcohol is not an excuse for criminal behaviour and we have made it clear that Toland must face the consequences of her actions.

“As a hate crime, the CPS applied to the court to have the sentence uplifted to acknowledge the serious impact on the victim. Hate crimes are awful offences, which we take very seriously because of the harm they do to the people targeted and in the wider community.”

Toland was sentenced to 12 weeks in prison, suspended for 12 months, was ordered to pay compensation and was given an eight-day rehabilitation order.