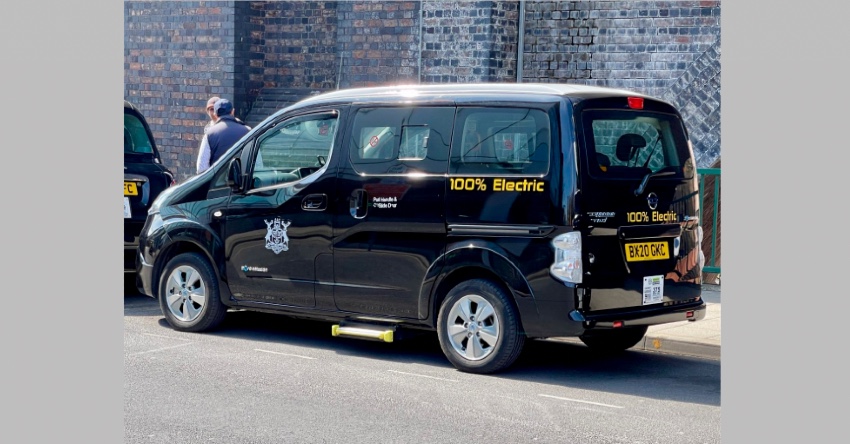 Taxi drivers are worried about the future of Nottingham’s black cabs as some drivers move to Uber to avoid having to pay up to £60,000 for new vehicles.

The West Bridgford Wire reports that Nottingham City Council wants around 400 of its hackney fleet to be upgraded to low emission vehicles in order to improve air quality.

Chander Sood, 62, of Wollaton, is among drivers who have criticised the system.

A driver for the last 27 years, he is also a former secretary of the Nottingham City Hackney Carriage Owners and Drivers Association.

Mr Sood said he is aware of between 80 and 90 drivers who are considering leaving or have left the trade.

He said: “Because of the city council’s policy we had to switch over the old fleet to the new fleet and the difference between the electric cabs and the normal cabs was huge in terms of cost. It's like a second mortgage.

“A lot of drivers have left the trade – the price of the new vehicles is the main reason. The reason drivers are switching to Uber is you can buy a hybrid for around £15,000.”

Mr Sood said he is paying £827 a month on his £60,000 new LEVC vehicle and said the only help he had from the council is a one-off £400 payment to help during the pandemic, which was a humiliation.

“The new cars are a huge burden and we were just not expecting that silly price.”

Mr Sood said drivers fear for the future of the traditional black cab and whether it will continue to operate in the city in the near future.

“Hackney cab is a symbol, an icon, a tradition, and they have given free rides to the NHS to the Queen’s Medical Centre. We will lose them. Drivers will leave because we can’t afford that type of expensive vehicle.”

Cllr Sally Longford, Portfolio Holder for Climate Change, Carbon Reduction and Sustainability, said: “The past year has been difficult for everyone and we do understand the impact on taxi drivers in Nottingham.

“We’ve worked closely with the trade to explain our plans around moving towards a fleet of low-emission vehicles.

“This commitment to reduce air pollution has helped us avoid a charging Clean Air Zone, which has been introduced in other parts of the country.

“Around 150 drivers have already made the change and we have adopted a flexible approach throughout.

“There was a lead-in time of more than two years to respond to new rules requiring only Euro 6 diesel or ultra-low emission vehicles to be eligible for a licence to operate in Nottingham.

“Every driver licensed with the city council was given a £400 grant to help during the Covid lockdown period which was in line with other local authorities around the country.

“This was in addition to the Government’s Self-Employed Income Support Scheme which we have helped them to access.

“Around 50 people have handed back their hackney plates in the past year, but some of these have retired while others have continued to operate as private hire drivers.

“We’re aware of a national shift in the market which has seen passengers frequently gravitating towards drivers who take card payments – many hackneys have remained cash-only.

“We are not going to reverse our policy on clean vehicle requirements, since this helps us meet our duties under the Clean Air Act to improve air quality and it would be unfair to those who have already invested in new vehicles.

“We are all committed to improving the quality of the city’s taxi services and improving air quality and these changes will benefit both the local trade and our residents in the long run.”