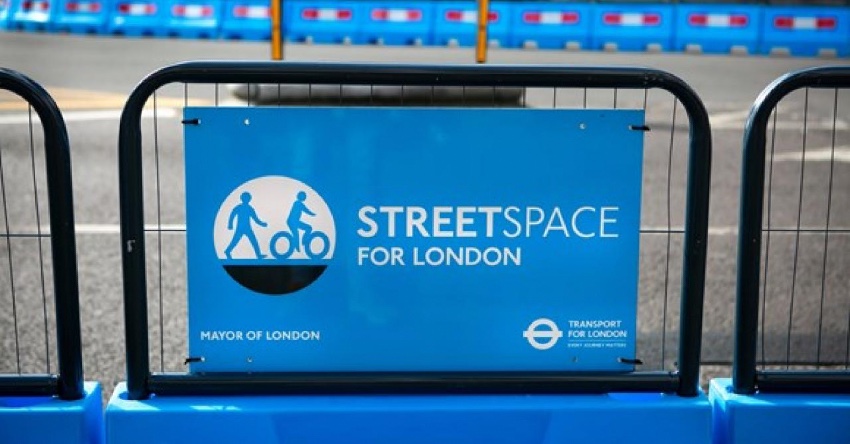 Transport for London (TfL) has won a Court of Appeal decision against a ruling from the High Court earlier this year that initiatives aimed at promoting active travel and making roads safer for cyclists and pedestrians were unlawful.

The action was originally brought by the Licensed Taxi Drivers’ Association and the United Trade Action Group, which argued that the Streetspace programme, TfL guidance to boroughs on low traffic neighbourhoods, and the closure of Bishopsgate in the City of London were all unlawful.

The judge in the initial case said that the programme was “seriously flawed” and went “beyond what was reasonably required to meet the temporary challenges created by the pandemic.”

But she also invited TfL to “substantially” revise its plans ahead of any appeal, and said that even if that appeal were lost, more time could be granted before the quashing orders are issued.

Making a statement yesterday evening, the newly-reelected Mayor called the decision a “vindication” of the programme.

“Our world-leading “Streetspace” schemes are helping protect the health of Londoners, and this decision reinforces my determination to make it safer and easier for Londoners to walk and cycle, and to help ensure a green and sustainable recovery from the pandemic”, he said.

“The Judges’ decision today, along with the vote from Londoners on 6 May, is a double mandate allowing us to continue with our bold measures. Our changes to Bishopsgate make it safer for people walking and cycling. This central London scheme is the centrepiece of the work we have done across the capital during my first term.”

The Streetspace plan was put in place last May in a bid to make more space on the roads for non-drivers during the coronavirus pandemic.

It has seen the implementation of bus gates, banned turns and restricted access to streets in Low Traffic Neighbourhoods across London.

In addition, the A10 Bishopsgate order saw only buses and cyclists now able to enter the thoroughfare between 7.00am and 7.00pm on weekdays, effectively excluding licensed taxis from using this key north-south route.

A spokesperson for the Licensed Taxi Drivers’ Association (LTDA) said: “We are extremely disappointed with this outcome. It is hard to see how such a convincing judgement from a senior High Court judge could be overturned in this way and we do not believe that justice has been served.

“The Court did grant us permission to appeal to the Supreme Court and we will now be discussing next steps with our legal team.”