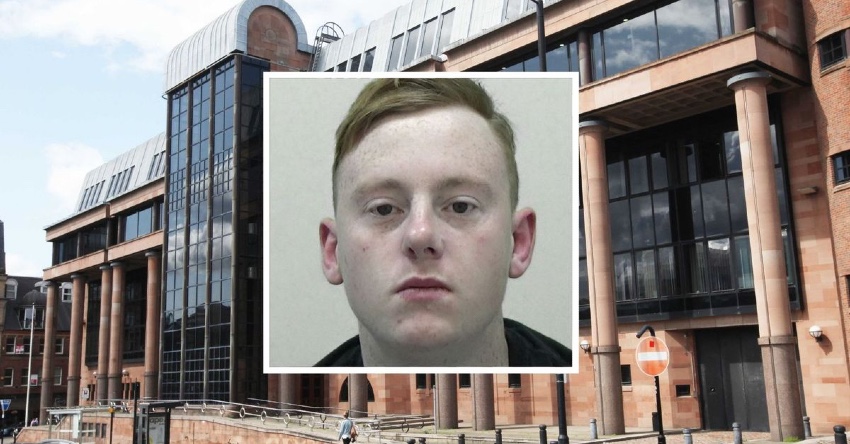 A taxi driver was robbed at knifepoint by a customer who threatened to kill his family.

The victim said in a statement read to Newcastle Crown Court: "I felt shocked due to the incident and very nervous. I've never been robbed before and this has been a very scary experience.

"I was just doing my job. I told him to leave without paying then he became aggressive. This behaviour is disgraceful."

ChronicleLive reports that on 20 February Longstaff, using a false name, ordered a Blue Line taxi to pick him up in Gateshead.

The cabbie requested payment up front and Longstaff said he needed to go to a cashpoint.

After directing him to various locations, Longstaff's attitude changed when the driver eventually refused to go where he wanted him to.

He then told him to stop and claimed he lived in the location and was told the fare was £5.60.

Longstaff reached for his pocket and the taxi driver thought he was getting money and turned the light on for him but Longstaff turned it off.

He then asked the cabbie how much money he had, at which point he was told to leave without paying.

Elizabeth Muir, prosecuting, said: "He just wanted to get rid of him.

"The defendant asked him again how much money he had and he told him he didn't have any.

"The defendant produced a knife from his pocket eight to ten inches long, with a slightly curved blade and said "Give me £40".

He then said: "I have a picture of your car registration and of you and I will kill your family if you don't give me the money".

He was given £40 but then demanded another £10 before saying if he told the police he would harm his family.

The court heard Longstaff was on a tag at the time and so when other evidence suggested his guilt, GPS revealed he was in the taxi at the time.

The 24-year-old, who has 38 previous convictions including for harassment of his dad and breaching a restraining order aimed at protecting his parents, pleaded guilty to robbery and was jailed for three years.

Fiona Lamb, defending, said he had been a soldier but had to leave the army after hurting his knee playing football.

After that he started consuming more alcohol and his life went off the rails.

Miss Lamb said Longstaff claimed it was a butter knife which he had.