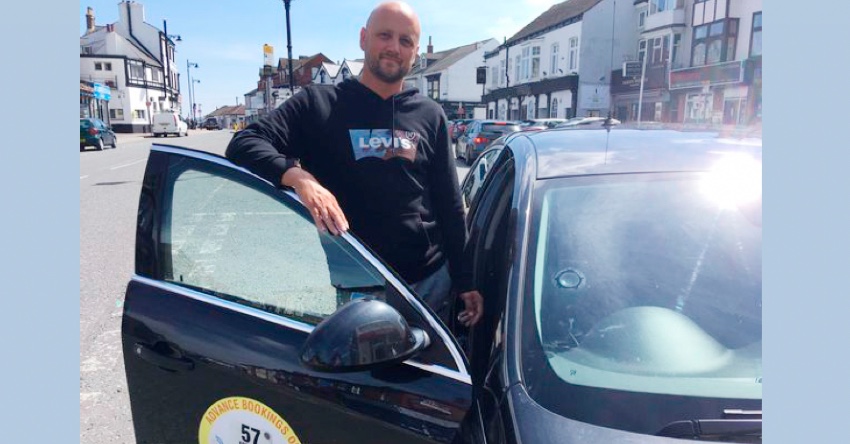 The manager of Fon-A-Car in Cleethorpes, Gary Handy, said coronavirus lockdowns had decimated the number of taxi drivers in North East Lincolnshire.

He told the Grimsby Telegraph that customers, who previously only had to wait five minutes for a lift, now regularly have to wait for between an hour and an hour and a half at busy times. That has led to scuffles at taxi ranks and tempers regularly flare because of delays.

Gary said many drivers had given up their badges during the lockdown to seek employment elsewhere.

His firm lost 80 per cent of their orders as a result of the lockdowns since March last year. From having 35 cabs before the restrictions, the firm was reduced to just four cabs.

But now the number of customers has escalated with more people returning to bars and restaurants and wanting a lift home.

"We are now back to the number of customers since before the lockdown, but with only half the number of drivers we used to have and they are earning more than they ever did before," said Gary.

"If anyone was thinking of getting into the taxi trade, now is the time to do it. We will help them through the process. Ideally you need to be a people person and out-going and happy to work the hours."

He said the number of licensed drivers in the borough is 70 per cent of what it was in previous years.

"Customers who haven't booked and just walk in are having to wait up to an hour and a half. They are not used to it and some people get abusive. It is new for everyone so we are asking people to pre-book and to be patient. It is just how it is. With all the holidaymakers back at Thorpe Park and other places it is really busy. Cleethorpes is getting inundated. We can take people all over the country if needed."

He added: "We are desperate for drivers. It is a really good job. you can be self-employed and it can be flexible to suit drivers. They can all earn a very good living. If they were prepared to work long hours you could make between £40,000 to £50,000-a-year.

"We will help people get their GNVQ which is quite straight forward. There is the police check and we help people through the process."

A taxi driver, who did not wish to be named, said: "It is a real problem. A lot just retired or left for other work last year. Some let their badges expire. I'm working flat out and struggling to get to all the jobs. I've been doing it 35 years and never seen anything like it. All the taxi firms are finding the same problem."

"If anyone was thinking of starting up it means they have to get the qualifications which can be £100 each. Then there is the licence which is £300 and you need a vehicle which is less than five years old. So the costs mount up."

He told how an average salary for a driver could be between £25,000 to £30,000 but higher incomes are available to those willing to put in longer hours.

"We tried every firm and went on the apps. But they said we haven't anything and we could have ended up waiting 40 minutes. So we decided to walk back to Grimsby instead," he said.