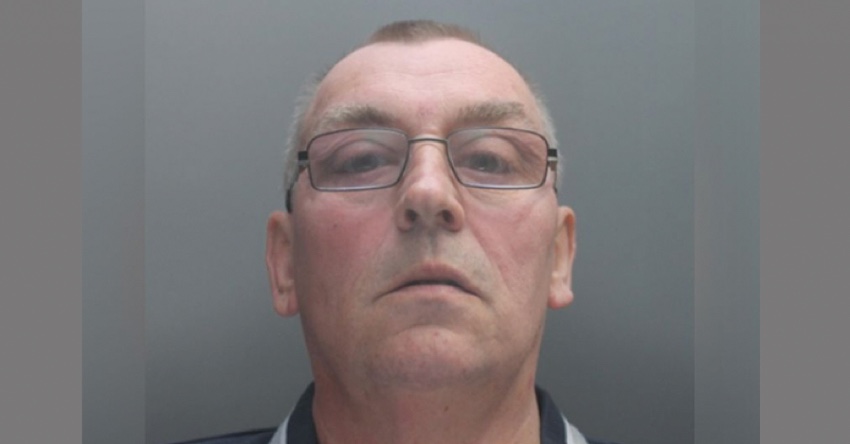 The Liverpool Echo reports that his first victim, Girl A, came forward after his second victim, Girl B, went to the police and exposed the pervert’s abuse against her.

The 58-year-old denied any wrongdoing, which forced both of his victims to relive their ordeals by giving evidence in a harrowing trial at Liverpool Crown Court.

Judge Brian Cummings, QC, said the factual basis upon which he would sentence Halton was “one of which I am myself sure, having heard the evidence”.

Judge Cummings said Halton then abused Girl B in the last decade, when he groomed her and kissed her “insistently and in a manner that the jury rightly found was sexual”.

He said this happened on four occasions, the second of which when he also tried to undo her bra and unzip her jeans, and on the third time when he gave her a lift in his taxi, put his hand under her skirt and touched her upper leg and groin area over clothing.

Girl B’s dad made a victim statement to the court in which he said finding out what his daughter had been through was “devastating”.

Frank Dillon, prosecuting, said: “He feels bad that he perhaps misread his daughter’s moods and had not understood them.”

Judge Cummings interjected and said: “Well, parents always feel bad but for what it’s worth, from my point of view he really shouldn’t.”

Mr Dillon summarised how Girl B explained Halton took “advantage of her” and left her suffering from “sleepless nights, bad dreams and trauma that is indescribable”.

He said: “She went to counselling because she went through a stage of not wanting to be here anymore, when as she put it, she saw no purpose and was really down.”

Girl A said she had struggled to live with what happened to her, which led to low self-esteem and a lack of confidence, and feared she wouldn’t be believed. The now adult woman said she also felt “guilty” that she hadn’t reported the abuse sooner, because that may have prevented Girl B from being molested.

Girl A said she has problems sleeping, described being put through a trial as “unbearable”, how she felt angry, and had to have counselling to rebuild her life.

The court heard Halton had a small number of previous convictions for dishonesty dating back to the period from 1985 to 1990.

Judge Cummings said Girl A had been “particularly vulnerable” and told Halton: “It’s a serious aggravating feature of your case that there were multiple offences committed against the victim and there have been very significant lifelong ill effects on her, dealt with in the victim personal statement and dealt with also and movingly during her evidence at trial.”

He jailed Halton for 15 years and told him to sign on the Sex Offenders Register for life.

Halton must also comply with a Sexual Harm Prevention Order and a restraining order indefinitely.