BRISTOL-BASED FLYING TAXI COMPANY ‘IN TALKS ABOUT $2BN US MERGER’ 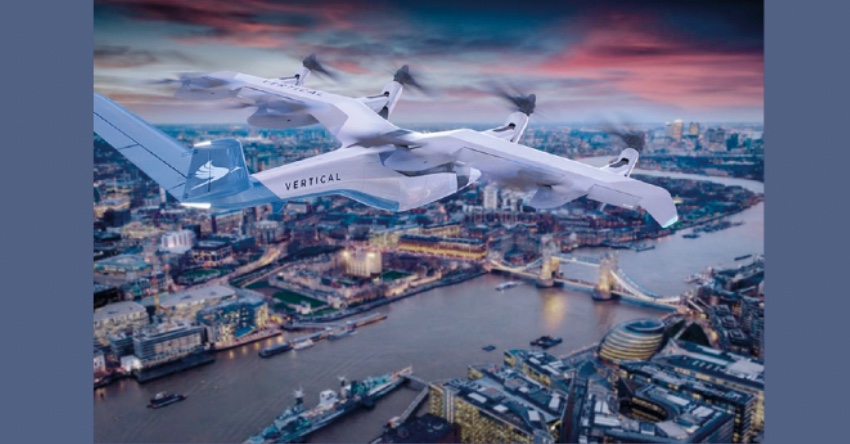 A Bristol-based flying taxi company is in $2 billion merger talks with an American investment firm, it has emerged.

According to the Bristol Post, Vertical Aerospace, whose tilting propellers allow its planes to take off like a helicopter but fly like a plane, is in advanced talks with Broadstone, a US-listed special acquisition fund, according to Sky News.

Vertical - which is based near Temple Meads - is reportedly in discussions about a $2bn (approximately £1.4bn) deal, despite the company being just five years old and having seemingly only produced prototypes thus far.

The first flight of its new flagship plane, the VA-X4, is planned for this year, with commercial operations dated for 2024.

The VA-X4 will be fully electric - with the engines being provided by Rolls-Royce - and will be able to carry four passengers at up to 200mph and up to a range of 120 miles. It is also silent, potentially making it easier to obtain permission to fly over residential areas.

Test flights of earlier designs have reportedly been carried out in Gloucestershire.

Vertical was founded by Stephen Fitzpatrick, the Northern Irish-born businessman behind Ovo Energy, and is run by Michael Cervenka, a former Rolls-Royce executive.

The company is thought to be the UK's only eVTOL (electric vertical take-off and landing craft) maker, and is racing to become the first of its kind in the world to launch a commercial craft.

Fitzpatrick announced that orders for up to 1,000 of the aircraft have been received from American Airlines and aeroplane leasing giant Avolon.

Virgin Atlantic has also signed an option to place pre-orders with a view to flying passengers into Heathrow, Gatwick and Manchester airports. Combined, the three orders would total $4 billion if they happen.

Fitzpatrick said while Vertical Aerospace was a British engineering champion, he had no choice but to opt for a US share listing. “The UK capital markets don’t really support this kind of business at the moment,” he said.

“I would like that to change but at the moment it is obvious the ecosystem is far more advanced in the US."