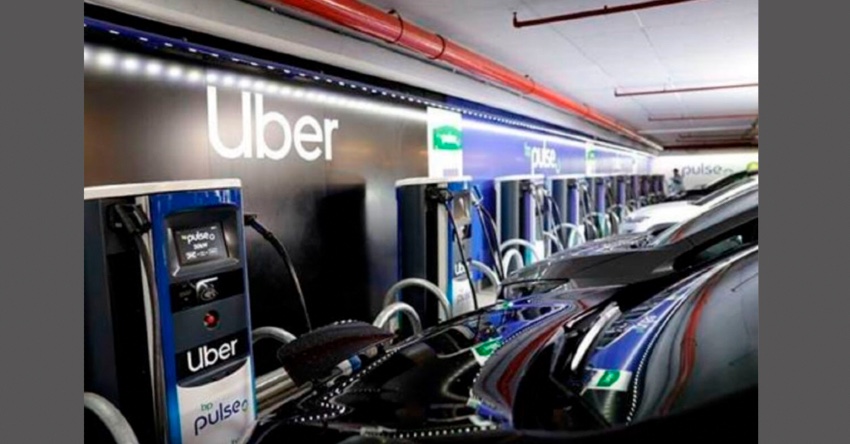 The first BP Pulse rapid charging hub for fleet vehicles has been switched on in Park Lane, London, with Uber among its first customers.

According to Fleet News, the new multi-charger hub can provide rapid charging for ten vehicles simultaneously and BP Pulse plans to more than double its capacity in the coming months.

The company says it intends to open hundreds of similar hubs across London and other UK and European cities by 2030, supporting the transition of fleets to electric vehicles.

Richard Bartlett, BP’s senior vice president, future mobility and solutions, said: “London anticipates that by 2025 taxis and private hire vehicles will account for 80% of all public charging demand in the city.

“Fast, reliable charging infrastructure in convenient locations is essential to give business and fleet customers the confidence to make the switch to electric. That’s why we’re opening our new hubs at the heart of major cities across the UK and Europe, aiming to keep fleets charged and ready for business - whilst producing zero emissions.”

BP’s ambition is to become a net zero company by 2050 or sooner and, with electrification at at the heart of its ‘convenience and mobility strategy’, it aims to grow its network of public EV charging points to more than 70,000 worldwide by 2030.

Uber’s vision is to electrify all cars on its app in London by 2025. As part of its strategic relationship with BP, Uber is BP’s first fleet customer to get access to the new hubs, with dedicated charge points for Uber partner-drivers.

Jamie Heywood, Uber regional general manager, northern and eastern Europe, said: “At Uber, we have been doing everything we can to encourage drivers to switch to electric vehicles, including launching Uber Green to make zero-emissions transport a reality.

“We know that one of the greatest barriers to electrification is the lack of rapid charging points in the right places that are convenient for drivers - BP Pulse’s fantastic new hub is a great step forward in making sure their needs will be met.”

The new rapid charging hubs will deliver charging in locations where fleet and operational vehicles need it most – and importantly at scale, with a target of at least ten chargers per site, says BP Pulse.

Wherever possible, additional facilities will be provided at each location, including toilets, WiFi and refreshments.

The Park Lane hub has ten rapid 50kW chargers, with a further 12 chargers being added in the coming months. A second site is already under construction in the Westminster area.