PORTSMOUTH UBER DRIVERS PROTEST AT TOO MANY BROKEN PROMISES BY MANAGEMENT 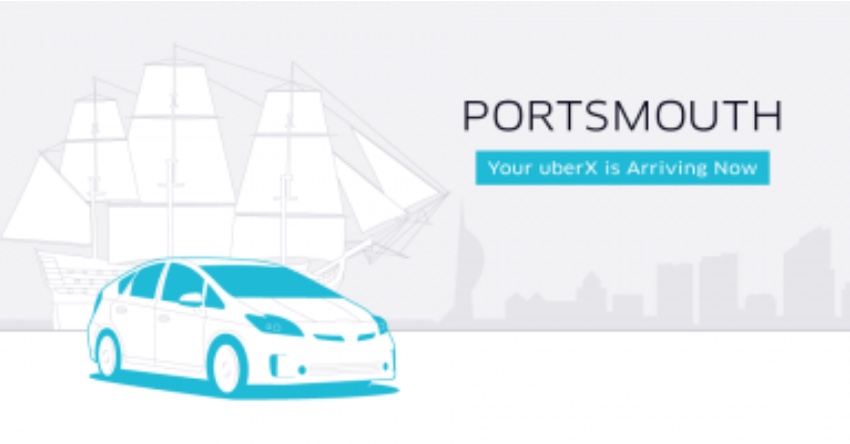 Portsmouth Uber drivers are having  "a day off" today to protest at too many broken promises by management.

A spokesman told PHTM, " Uber's policy, when entering a new market, has always been to undercut the main competitors in that area by between 8% and 12%. Nothing wrong with that. It makes good business sense to "buy" market share. "

However, in Portsmouth (and many other cities) Uber has been content to let prices remain ridiculously low (in the view of local Uber drivers), whilst competitors have widened the gap by increasing their fares in line with general inflation.

In Portsmouth, Uber has failed to review prices (apart from some minor cosmetic adjustments) since they opened in the city on 13th November 2015.

That's nearly six years without a price review, despite Uber promising one two years ago.

One of Uber's major failings is the blatant lack of communication with its, so called "Partner Drivers". Nearly three years ago, Uber launched their "Uber Engage" programme, supposedly aimed at encouraging active dialogue with its driver base.

Perhaps not unsurprisingly, the programme was swiftly binned (well before Covid-19 struck), leaving those drivers who had been involved for 18 months, attending numerous meetings - some with the most senior Management in Uber UK - with the distinct feeling that the whole exercise was cosmetic, and "management " certainly didn't like what they were hearing.

Promises were made about several issues the drivers raised - including price reviews - but few were kept.

Now drivers in Portsmouth have had enough, and in an attempt to draw the attention of management to their plight, they are holding their first "constructively coordinated day off" today (Wednesday 9th) - the first of many planned.

Whilst it's seen as a chance to meet socially with other colleagues, it is also intended to disrupt Uber's activities locally.

A spokesperson for the local group said: "Uber seems to care little about their drivers. We can't even access anyone at management level to discuss concerns and grievances. As for sound bite statements made at the time of the recent management shuffle about 'Championing the drivers', that's frankly laughable and beyond contempt."

PHTM understands that some other cities are in the same position and are watching Portsmouth and talking to them about coordinating similar "days off" on a much wider front.