BUSINESS BOOMING IN INVERNESS AND THE HIGHLANDS AFTER BUMPER WEEKEND 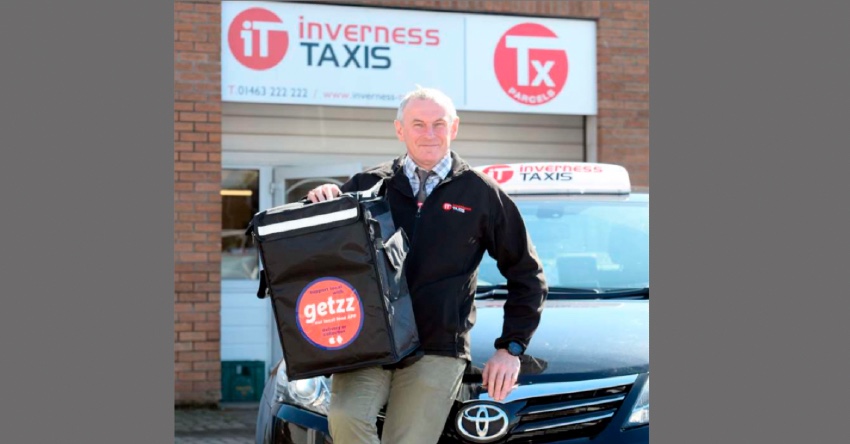 The boss of an Inverness taxi firm has said business is booming.

The Inverness Courier reports that Gavin Johnston, the owner of Inverness Taxis, said the last weekend was 'as busy as 2018 and 2019' and he expects the trade to continue for a staycation market.

In fact, business is so good that Mr Johnston now plans to employ a number of new taxi drivers to meet the needs of customers, both local and visitors, as well as for the firm's busy food delivery service.

Mr Johnston said: "This is good news. Last weekend was the busiest weekend that we have had in a year. We had bookings from everywhere from the airport, the train station, from hotels, campsites and all over. We were also delivering through the app for takeaway food.

He continued: "We had lots of new customers in the city for the weekend. Our phones were literally ringing off the hook."

Asked if he thought this was a one off, Mr Johnston said: "I think we will see this continue. We are about to head into the Bank Holiday weekend, which is also the pay day weekend, and people will want to be out. I think it will only get busier with those people coming to be in Inverness and the rural areas in a staycation market.

"Last weekend when people could not get restaurant bookings they were ordering food and drinks to their homes and we were delivering it to them through our online app Getzz."

Mr Johnston is now hoping to recruit a number of new drivers to meet the demand for customers, he added: "Anyone who would like to come and work with us at Inverness Taxis should give me a call.

"Drivers need to have a private hire licence, but anyone who wants to make a career in driving should come and talk to me."