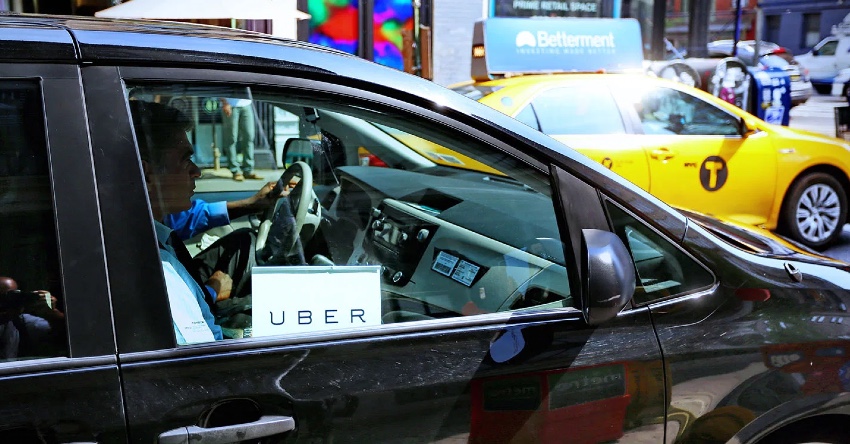 It could be a long, brutal summer for New Yorkers who need a taxi ride.

The New York Post reports that Emily Wood, 39, was late for a doctor's appointment last month and couldn’t find a taxi so she opened the Uber app and punched in a five-minute trip to the surgery.

Uber wanted an eye-popping $39 — so Wood hoofed the 14 blocks in her running sneakers. When the doctor told Wood her blood pressure was high, she had to explain.

“The prices have just been astronomical,” Wood said. “I’m going to plan ahead and I’m going to allow more time to take the subway and walk.”

The problem may get worse before it gets better. As offices reopen and tourists trickle in this summer, industry experts say passengers will face a dire shortage of taxis and  surging prices for Uber and Lyft rides. That’s because drivers who largely stopped working during the pandemic remain reluctant to come back, instead taking other jobs or collecting unemployment benefit.

“The summer could be really crazy,” Bruce Schaller, a transportation expert and former city transit official, told the Post.

According to the Taxi and Limousine Commission, there were 4,900 yellow cabs cruising the city in April. While that’s up slightly from 4,700 in March — it’s less than half the 11,400 cabs that were available in February 2020, before lockdowns.

Indeed, one Queens taxi dispatcher who asked not to be named said that about 50 percent of his company’s drivers are currently on the road, up from 15 percent or 20 percent when the pandemic first hit. He hopes to get back to full capacity by year’s end, but obstacles remain — particularly the $300 a week federal sweetener to jobless benefits in New York.

“Receiving unemployment has certainly diminished their desire to return,” the owner said. “I think that when the city begins to open up there will be more drivers.”

In the meantime, fares on Uber and Lyft are skyrocketing.

Uber is spending $250 million on temporary bonuses to get more drivers on the road, spokesman Harry Hartfield said, adding that New York drivers are currently making about $38 per hour plus tips.

Hartfield wouldn’t say how that compares to previous rates, but Jonathan Vega, a 30-year-old Uber driver from Queens, told The Post that he’s bringing in as much as $40 per hour, compared with $25 an hour earlier this year.

“From August until February, it was atrocious. There was no money,” Vega said. “There’s more money to be made now because I think a lot of drivers are still hesitant or still collecting unemployment.”

Hartfield declined to say what percentage of Uber’s surging prices are being passed on to drivers, saying, “It’s somewhat of a complicated algorithm.” A spokesperson for Lyft said the company has also seen “big increases” in demand but would not provide details on pricing or driver pay.

“If I’m making $11 more per ride, I can only imagine how much more the rider is paying,” said Vega.

While the next three months promise to be pricey for passengers, the surges will likely come crashing to a halt when the federal unemployment benefits expire in September, predicts Matthew Daus, a former chairman of the Taxi and Limousine Commission. That, combined with the city’s reopening, he said, could spark a sharp reversal in which driver supply outstrips demand — as was the case before the pandemic.

“We’re going to have ‘taximageddon’ in Autumn,” Daus warned. “I fear that there’s going to be a ton of vehicles in the streets searching for work and there’s not going to be enough work until the holidays at least.”

In the meantime, driving a taxi in the city can be surreal of late, with queues at typically cab-mobbed airports nearly empty, says Augustine Tang, a 36-year-old cabbie from Brooklyn. He never used to get calls asking him to come pick up passengers at JFK Airport, but now fields such requests three or four times each week.

Ford executive Sunny Madra wrote in a recent Twitter thread that he spent 20 minutes trying to hail a yellow cab at JFK before calling an Uber. His ride to Midtown Manhattan cost $249 — barely less than his $262 flight from California to New York.